You are here: Home>Locations>Ufton>Ufton Medieval Settlement 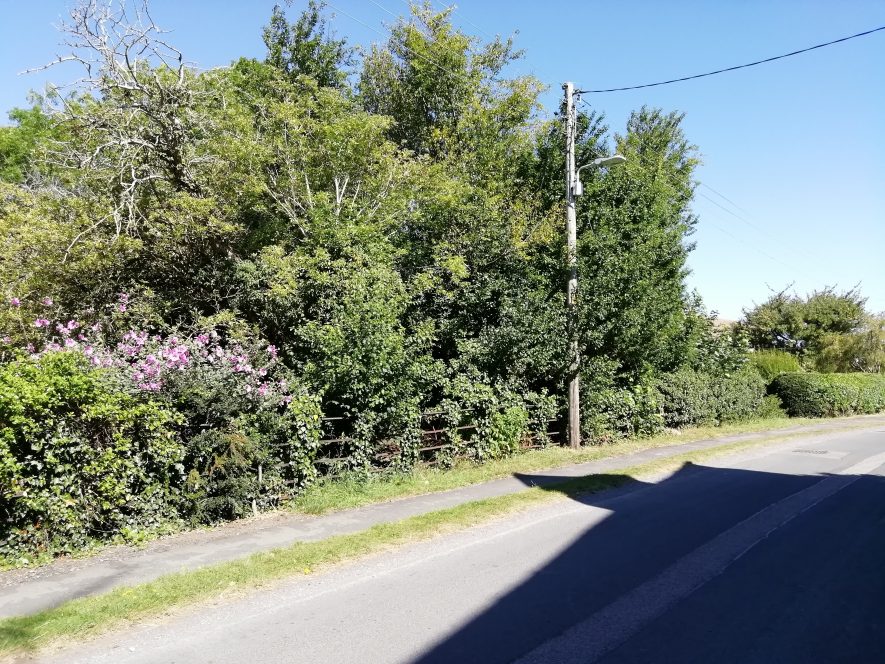 The probable extent of the medieval settlement at Ufton based on the Ordnance Survey map of 1886.

1 The probable extent of the medieval settlement at Ufton based on the OS map of 1886, 40NW.
2 Domesday lists Ufton in Stoneleigh Hundred. The Phillimore edition has a grid ref of SP3762.
Ref 6,11 (Land of Coventry Church) in Ufton 4 hides. Land for 8 ploughs. In lordship 2; 7 slaves; 12 villagers and 2 smallholders with 6 ploughs. Meadow 1 acre. Value before 1066 £4; later 40s; now 100s.
3 The 1886 map shows a small village mostly grouped around the road intersection with an enclosed diamond shaped piece of land,and also extending south along the road. The aerial photos on the mapdata show a ditch running along the western edge, perhaps a boundary ditch as it borders the deserted areas WA825 and WA6224. The parish has not yet been covered for ridge and furrow plotting. The church WA804 dates from the medieval period, WA 6223 is a medieval fishpond and WA 7542 is the site of medieval features. Domesday indicates quite a a valuable village.
4 A map of 1695 by Hewitt depicts a series of elongated narrow properties stretching back at right angles from each side of Ufton Fields (until recently always known as Harbury Lane). At this time the underlying, roughly rectangular shape of the village can still clearly be seen. It might be that these regular plots represent planned rather than organic development.