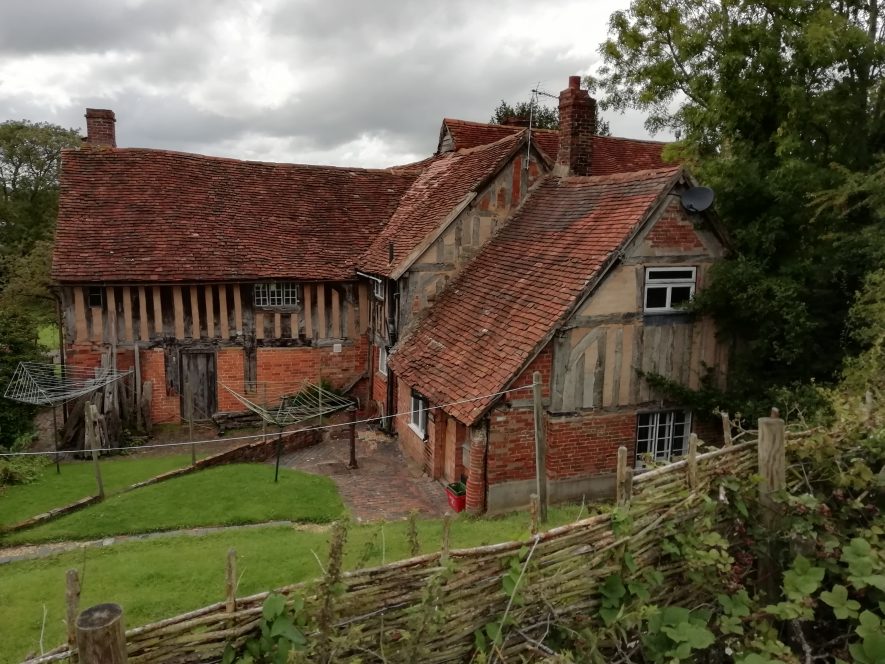 A timber framed house dating from the Post Medieval period it once had two wings but the most southerly was demolished at an unknown date. It is situated 400m south west of Turner's Green.

1 This house was never the Manor House (and was previously known as Ivy Cottages). It was the home of the Tibbetss family who occupied this property in 1548 abd were still tenants in 1665. The house was large; of seven bays in 1606 with ten bays of barns, stables and hayhouses. Today there is a hall block, a fine jettied cross wing, and a brick wing added in the 1670s. There was probably another cross wing at the southern end of the hall block but this has long since been demolished. There are large close studded timbers in the hall block and a wide open hearth. An external stone stack was added to the cross wing prior to the building of the late 17th century wing. It is marked as building No. 27 on the 1550 – 1650 map in this book.
2 Ivy House is an interesting early 16th century building which appears to have been part of a larger house. The plan of the original house is T-shaped, with a narrower extension at the east end of the T. The stem of the T, extending southwards, probably had another cross-wing to make the original plan H-shaped. In 1689 (the date with the initial A.T on a fire-place) a north wing was added in line with the stem of the T. The oldest part is of close-set studding to both stories, the lower mostly replaced with brick. The west gable-head of the cross-wing projects on timbered coving and has herring-bone framing; a projecting window below it, also on timbered coving, is mostly blocked up. A Tudor doorway formerly opened into the main block. There is also an open-timbered ceiling with wide joists in the east wing.
3 Mapping corrected on the basis of Listing description (DWA5777)