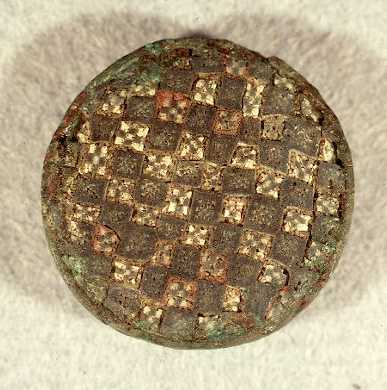 The site of a settlement dating from the Roman period. Excavation also revealed evidence for later occupation during the Medieval period (see MWA7849). The site was located to the west of the High Street, Alcester.

1 Two trial trenches excavated in 1978 revealed a couple of fragments of stone wall 2.75m apart and 1.0m thick. The surface and walls were covered by a compact surface of clay and destruction debris which appeared in both trenches. The only dating evidence was a few sherds of 3rd-4th century pottery. The destruction layer sealed a fine millefiore brooch.
2 During 1979 further salvage and full excavation identified significant archaeolological remains. The earliest Roman features, which overlay sealed waterlogged organic deposits, consisted of seven large waterlogged post bases. The next phase was represented by a large stone building (37m x 11.5m) which had been partly located by trial trenching the previous year. The building probably contained at least 10 rooms. On the north west side of the building a wall was located possibly representing a further structure of similar type and date. There is insufficient evidence to reach a firm conclusion for the function of the building. The closest parallel is a cavalry barrack block at Benwell, however there is no supporting evidence for military occupation in Alcester at this time.
3 Excavation report.
4 Roman Store buildings at Alcester: Built on former marshy ground in the second half of the 2nd centuryAD was a timber building which was interpreted as a granary. Following this, a substantial stone building was constructed after the end of the 3rd century. This may have been the official collection place of the ‘annona militaris’.
5 Further evidence of the large stone building was noted during a limited scale watching brief. No associated grain was found. A pebble and stone surface was found to the east of the building which was also Romano-British in date.