You are here: Home>Locations>Baginton>Roman settlement 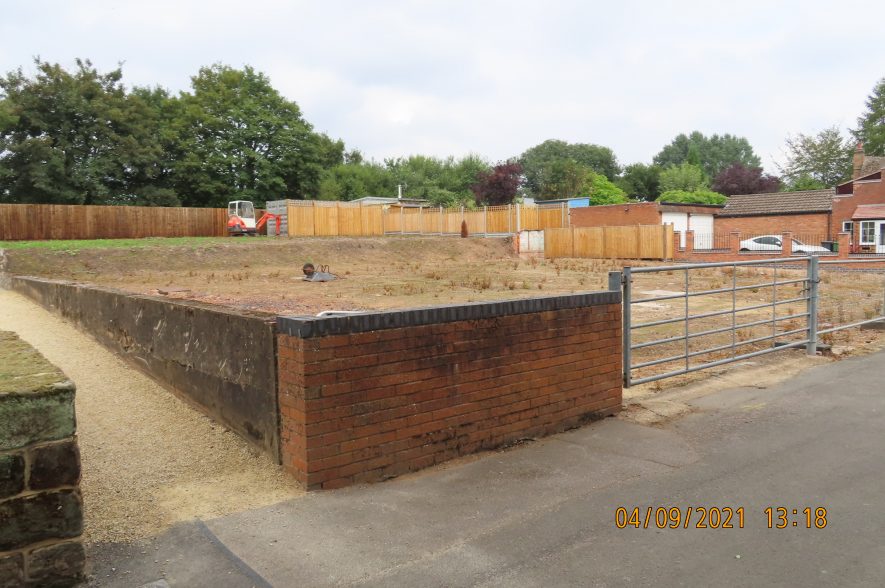 The possible site of a Roman settlement. During an excavation post holes, the remains of a stone wall and a possible enclosure were found. The site is located 300m east of Baginton Castle.

1 Work started on an unoccupied garden site behind the school house. Results up to date are a complex of small post holes with later pits. Among other pits found one was Roman. Part of a dry wall was excavated and pottery of Roman and Medieval date was found.
2 Work continued. Further scraping has revealed ‘innumerable’ stake holes which suggest a circular enclosure about 3m across and a complex of other features. The earliest pottery seems to be early Roman.
3 An adjacent area has been opened. Most of the finds were probably Medieval or later, although Roman sherds were found.
4 Further excavation may indicate that Roman pottery was brought to the site with the stones used for walls and post packing, as was a Roman boot sole.
5 The excavation was completed. Two pits contained Roman pottery and flints. Exploration of the further extension of the (stone) wall was uncompleted but Roman pottery was abundant in the lower layers.
6 The recording of these ‘digs’ was minimal and should not be relied on.