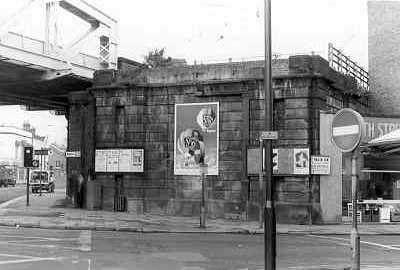 A railway bridge which was constructed in the Imperial period. It was demolished when the line was closed in 1959 and all that remains are two stone piers. The bridge stood 500m south east of the Pump Room Gardens.

1 The bridge was composed of two wooden girders, resting on two piers of Derbyshire stone.
2 Photo.
3 All that remains of this bridge are the two stone piers. It was demolished following the closure of the line in 1959.

email
More from Leamington Spa
More from Bridges and Viaducts