You are here: Home>Locations>Rugby>Prehistoric enclosures 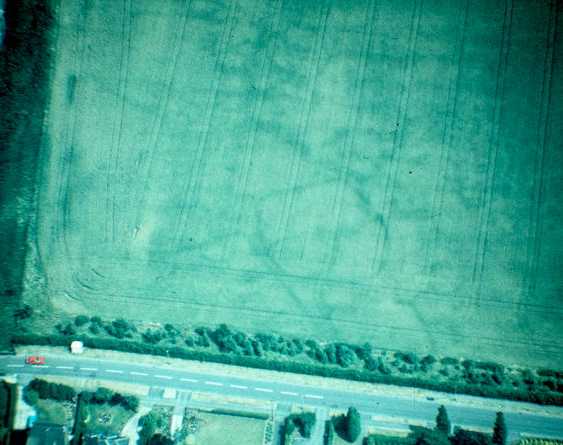 The site of a complex of enclosures. They are visible as cropmarks on aerial photographs. Undated ditches were observed during pipeline works across the cropmarks. The enclosures are located to the east of Townsend Road, Rugby.

1 AP.
2 Undated enclosure complex shows on aerial photographs. This site evidently runs under a modern road and houses.
3 Site no 141 in survey.
4 Possibly a later Prehistoric open settlement.
5 An archaeological watching brief during groundworks along the Rugby Town Reinforcement pipeline, which crossed the ditches located from aerial photographs, identified two groups of undated intercutting ditches. Both the feature groups comprised intercutting ditches, representing the re-definition of lengths of the cropmarked enclosure ditches. A single probable medieval roof tile fragment, possibly intrusive, was recovered.
6 Dating revised to between the late Bronze Age and the Iron Age.