You are here: Home>Locations>Charlecote>Possible Cursus Monument 400m SE of Charlecote 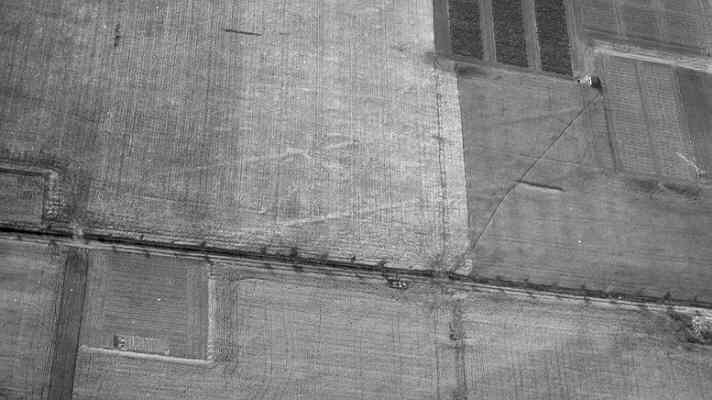 Two linear features are visible as cropmarks on aerial photographs. They may be the side ditches of a possible cursus, which dates to the Neolithic period, though this has not been proven. The site is located 550m east of the church, Charlecote.

3 Two side ditches of a possible cursus monument show on air photos. The side ditches are very straight, although it is not certain that this is a cursus monument.
4 The buried remains are visible as crop marks on aerial photgraphs. Two linear crop markes aligned north to south, are believed to represent the remains of a cursus, an elongated ditch enclosure of Neolithic date. The linear crop marks, representing the buried remains of ditches, lie parallel, about 30m apart and are visible for a distance of approximately 200m. The former extent of their survivial beyond the scheduling is not known. Flint implements, dating chiefly from the Neolithic to Early Bronze Age, have been found in the area, with a concentration of artefacts noted in the vicinity of the cursus and barrow.
5 Dating confirmed as Neolithic.
6 Scale plan of the earthworks.
7 Letter from the Gas Council, 1971.