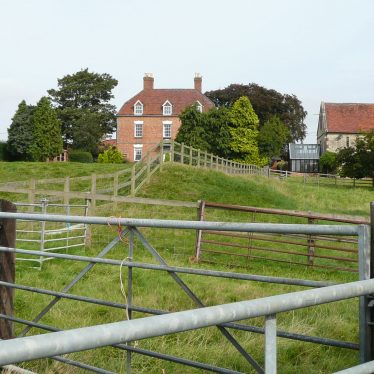 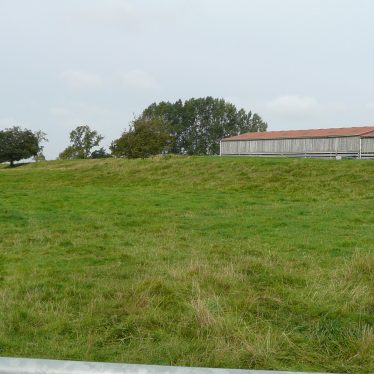 Set back from the terrace to the back of Newnham Hall, but at the same level the terrace extends to the west.
Image courtesy of William Arnold
Description of this historic site

Remains of formal terraces to S and W or house; chain of pools above river to E.Recommended by Lovie that the site is identified on the HER as the remains of a garden and that it is placed on the Local List by Rugby Borough Council.

12 Newnham Hall garden, King’s Newnham, Rugby.
Lovie reports remains of formal terraces, chain of pools above the river to E. Lovie states that King’s Newnham is possibly the most important example of the archaeological remains of a 17th century garden in the District.Original Hall demolished in 1776 and replaced by the present house.