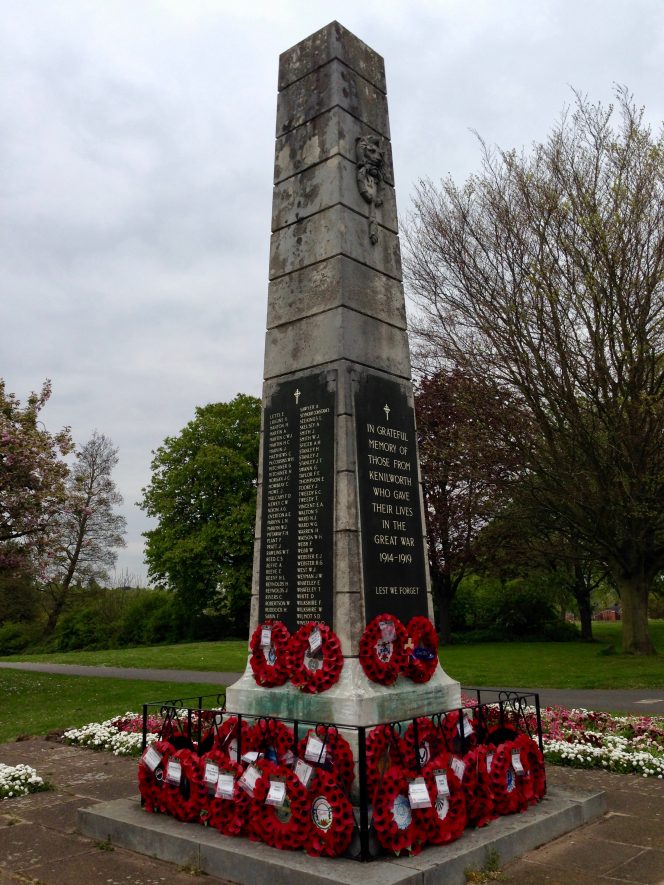 War Memorial in form of obelisk unveiled in 1922. Commemorates those who died in WW1, WW2 and the Korean War. Located at the top of Abbey Fields near the junction of B4103 (Abbey End) and B4104 (Abbey Hill)

email
More from Kenilworth
More from Remembrance and War Memorials