You are here: Home>Locations>Chesterton>Chesterton Roman Town 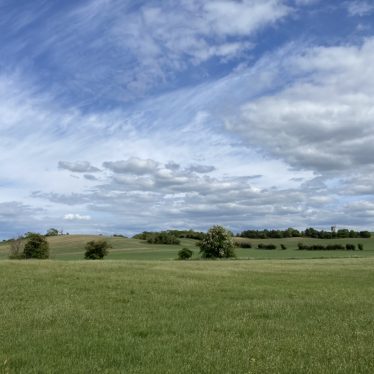 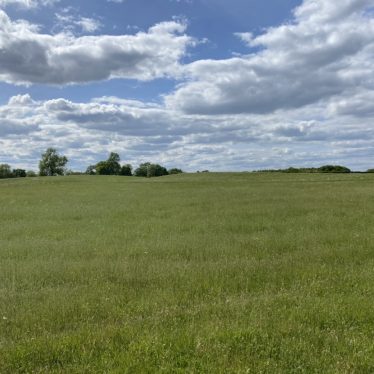 Site of the Roman town of Chesterton by the side of the Fosse Way. Site consists of a defended enclosure and an extensive extramural area of roads, buildings and boundaries. Occupation appears to run from the 1st to 4th century AD.

1 Site of Roman town by the side of the Fosse Way. Site consists of a defended enclosure and an extensive extramural area of roads, buildings and boundaries. Occupation appears to run from the 1st to 4th century AD. The settlement is approximately 27 ha in extent. See additional cards for further details.
2 Note.
3 Descriptive text.
4 A programme of geophysical survey was carried out within the Roman town enclosure in 1991. The magnetometer survey showed up several interesting features interpreted as a possible road to the west and buildings to the north. The rest of the site showed a mixed complex of features: of particular interest was a possible bridge over the defensive ditch to the west. In 1992-3 a further survey in surrounding fields to the W and S of the town revealed Roman activity over a larger area than previously known. A further 100 30m x 30m squares revealed the presence of a very large Roman settlement with mixed magnetic results. When analysed these appeared to represent a pattern of ditches, walls, pits, earthworks and other linear features. There was also a sharply defined line running from the main defensive enclosure suggesting a possible road, with ditches either side, going to Chesterton village. The W side of the settlement is overlain by ridge and furrow running across the site and cutting a major ditch which extends for 160m to the N. High magnetic readings and iron slag visible in the field suggest industrial activity.
5 On 24 Jan 1992 contractors excavated trenches on the W side of the B4455 ‘Fosse Way’ within the ramparts of the camp. The trenches were observed by staff of the Warwickshire Museum and without exception were seen to be cut through modern disturbance. No archaeological finds were recovered from the trenches, and no archaeological deposits were identified in the trench walls. However further observation on 13th February showed new exposure on the east side of the carriageway where the contractors had machined away part of the earthwork along the entire length of the Camp. Rubbly stone in this section could represent a Roman context.
6 Sketch.
7Beneath the rubble surface of a Roman road, a small stone drain was uncovered. This lay on top of a ditch filled with organic material, and containing a drainage system.
8 Various finds made by WART, including a considerable quantity of Samian ware.
9 Small fortified Roman settlement straddling the Fosse Way together with the buried remains of a much larger extrmural settlement located largely to the south and east of the enclosure. Evidence points to extensive occupation levels, building remains, streets and roads, wells and drainage systems. Artefactual evidence points to occupation from the second to fourth centuries AD. Indication of earlier Iron age occupation of the site. The remains of a probable Anglo-Saxon cemetery suggest that the site remained significant after the fall of the Roman Empire.
10 Roman coin found in 1993. Method of recovery unrecorded. Only grid reference given was SP35NW.
11 Undated report of damage to the site.
12 Archival material from 1922.
13 Scheduling information from 1987.
14 Letter from EH in 1995 confirming the area of scheduling at that time.
15 Letters from 1960 about proposed road works and a possible excavation.
16 Letter from Leicester in 1961 reporting pottery apparently removed from the scheduled area.
17 Correspondence from 1966/7 about damage to the site by a bulldozer and by ploughing.
18 Plans showing the location of the skeletons disturbed by the bulldozer in 1966.
19 Excavation report from 1967.
20 Excavation archival material from 1967.
21 Plan from 1966.
22 Letter from 1970 with details of proposed cultivation restraint on the part of the owner.
23 Preservation Order served in 1972.
24 Preservation Order served in 1973.
25 Correspondence from 1977 about proposed work on the brook. Subsequent observation revealed only natural contexts at section A and only some flecks of charcoal at the erosian section point B.
26 Correspondence from 1983 about excavation reports.
27 Record cards from 1971 noting finds of pottery, some from the 1969 excavation.
28 Material from 1992 and 1993 relating to the removal of human remains.
29 Possible RB items found at SP342598 in 1984.
30 A request to EH in 1990 for permission for an extension for geophysical surveying.
31 A report from 1995 about an incident with a metal detectorist digging holes within the SAM.
32 Plan showing finds from 1993.
33 Plan of the remains of th North Gate of the Camp. Undated.
34 Interim report from WART.
35 Magnetometer report from WART.
36Archaeological observation of works at Tyler Packaging revealed evidence for Romano-British occupation, including an occupation layer and two pits. The known extent of the settlement has been extended to reflect this evidence.