You are here: Home>Locations>Charlecote>Charlecote Park 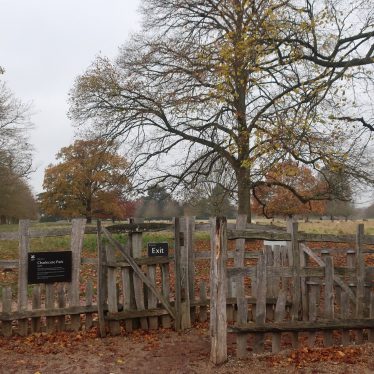 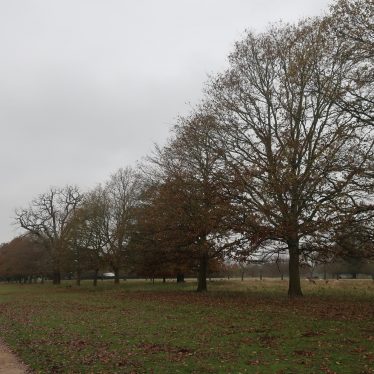 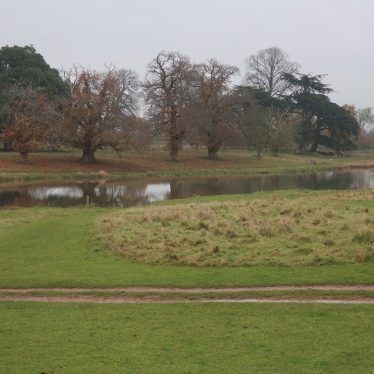 Lake where a young woman was said to have committed suicide by drowning. Her ghost is said to have been seen to glide into the lake on different occasions. Source: "Haunted Warwickshire" by Meg Elizabeth Atkins.
Image courtesy of Gary Stocker, 2019
Description of this historic site

The site of a deer park and formal gardens at Charlecote Hall which date from the Post Medieval period. An illustration from the 18th century shows parterres and avenues in the formal gardens that were recreated during the 19th and 20th centuries.

1 Listed as a deer park. Acreage – 253 acres.
2 Deer represented on a drawing of the house and grounds dating from 1722. The present park is 210 acres with a herd of 400 deer.
3 The boundary can be traced in places of the S, E and W sides by the (unsurveyable) remains of a bank. Its route to the N could not be determined. The park still holds c300 deer.
4 Medieval deer park, with later formal and landscape features (WA 7112).
5 The 18th/19th century parkland by Capability Brown overlies an earlier formal scheme of avenues and water garden associated with the 16th and 17th century house. An illustration made by Beighton in 1722 shows part of this scheme.
6 The formal gardens are shown in an illustration by Beighton to Dugdale’s Antiquities. This shows avenues and parterres, some of which have been partially recreated in the 19th and 20th century.
7 Reproduction of illustration.
8 The earliest deer park was relatively small and lay to the north east of the house. Source contains discussion of how it expanded in the 18th and 19th centuries. With map.
9 Illustrative map showing development of the park.
10 National Trust maps.
11 Management plan produced for the National Trust. Source contains discussion of development of deer park using a range of documentary and cartographic sources. Also contains an archaeological survey report.
12 Love reports that a mid-19th century parterre has recently (at time of his report 1996/7) been restored on the riverside terrace.
13 Details, with dates, of various changes to garden and grounds, for example: diversion of road and building of new bridge, cascade, tree planting etc.