You are here: Home>Locations>Shipston-on-Stour>Basket Hall, Shipston on Stour 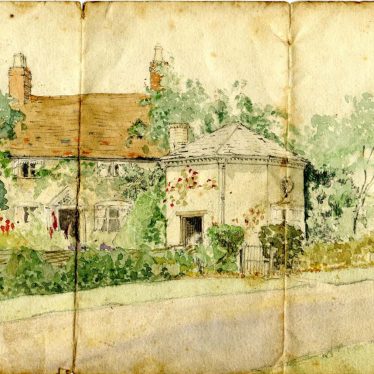 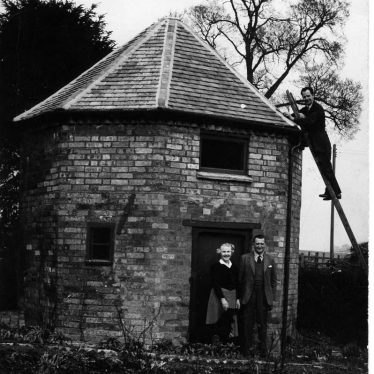 Basket Hall, after restoration of the roof in 1960
Image courtesy of the Stratford Herald, supplied by Eileen Lockyer
Description of this historic site

Basket Hall, a building dating to the Imperial period. It is located 650m north east of the library at Shipston on Stour.

1 This small hexagonal, brick built structure was described as a toll booth (?) in the CBA Industrial Survey 1980, but the building was never intended to be and never was used for this purpose. The structure was erected by an Irish basket maker, George Hornsby, early in the 19th century. Previously he had used a large bell tent to store his baskets and this he pitched on a piece of waste ground belonging to the Ecclesiastical Commissioners. After some time Hornsby decided to build Basket Hall around his tent, collecting the bricks by hand from a near-by brick-kiln. George Hornsby’s prosperity was due to the fact that bee-keeping was a thriving local industry and he was able to supply baskets as “skeps” for housing honey bees. He collected his osiers from the banks of the River Stour. One day while collecting osiers Hornsby was arrested, accused of stealing a fowl and transported to Australia for life. His family was allowed to remain upon payment of a small rent, in the cottage behind Basket Hall which he had also built.