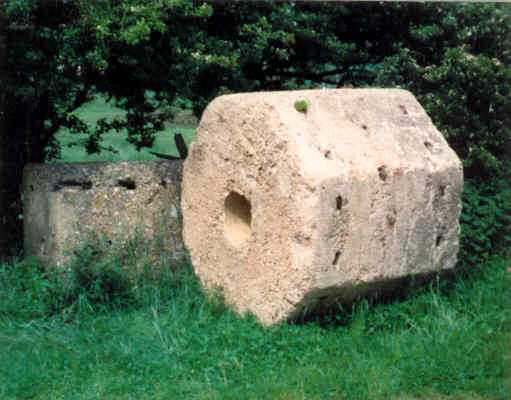 The remains of a Second World War tank trap. It comprises two octagonal concrete blocks that were used as road block. They are situated to the west of Chapel Green and were used to defend the bridge over the Grand Union Canal.

1 Pair of incomplete anti tank road blocks on the western approach to Bridge 114 of the Oxford Canal. These may have been deployed as part of the Oxford/ Birmingham defence line.
2 Note, including sketches and photographs.