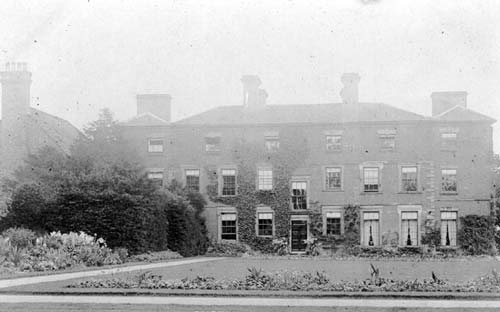 Ansty Hall, a house that was built during the Post Medieval period. It is situated 700m south west of Shilton.

1 Dated 1678 on the doorway. Brick, seven bays, with quoins and a pedimented three-bay centre. The top storey was added in 1800. Doorway with broken pediment on brackets. The back of the house in the same style but in a different rhythm: one-five-one. The doorway here without pediment and tied together with the window above.

3 On site visit, the hall was occupied and as described, with no obvious modern alterations, though its exterior at least was in some need of repair.