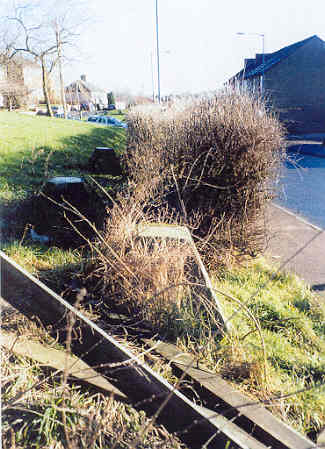 A Second World War tank trap, a series of concrete pimples, at Newbold on Avon
A Armishaw
Description of this historic site

The site of a Second World War tank trap. It comprised 13 anti tank pimples in two groups beside the B4112 and the Oxford Canal at Newbold on Avon, Rugby.

1 13 anti tank pimples in two groups. Those beside the B4112 are 5 rows deep and disappear beneath a bank of earth as they head north towards the group of 3 blocks beside bridge No 50 over the Oxford Canal. Many more blocks remain below the surface.
2 The contruction, layout and tactical use of pimples is described in a 1943 Military Training Leaflet (No. 30).