You are here: Home>Locations>Warton>Romilly Lunge. An Actor Moves to Hillcrest Farm 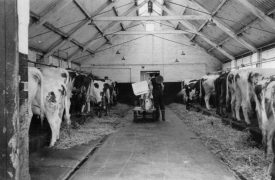 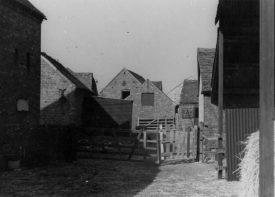 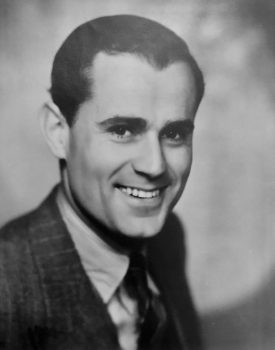 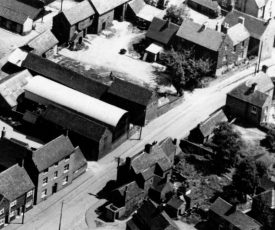 Hillcrest farm in Warton, North Warwickshire, was a rural place seemingly far removed from the bright lights of London and Milan. For a while after the war however, the farm was home to film actor Romilly Lunge.

Ernest Romilly Maundrel Lunge was my Great Uncle and was quite an interesting, but sometimes private, person. During the ‘70s after he’d moved to Ashby de la Zouch he allowed me to chat with him many times about his former pre war life acting on stage then in the movies, and learning to sing opera in the La Scala theatre in Milan.

The war, and earlier

He entered the war and joined the Royal Navy and ended up in Ceylon (Sri Lanka), working and with fine tuning sonar to better detect the German U-Boats. He told me the future Prince Phillip visited the Navel Base under a shroud of secrecy once, and showed the Greek Prince the highly secret research and development they were doing in anti submarine warfare. Also, he told me he’d been invited to secret cocktail soirées up the hill from Columbo. These were held by the famous celebrity staying on the island, none other than theatre and cinema playwright Noèl Coward.

He acted in films and on stage with quite a selection of well known actors and actresses before the war like Vivian Leigh, Lilli Palmer, Rex Harrison, Bruce Cabot, Enid Stamp Taylor, and was a character witness in the sad demise of Taylor. He became a romantic interest to Margarita Scott, with skiing trips to the Swiss Alps in the ‘30s (he recalled driving his fathers 19ft long Isotta Fraschini Tippo 8a from the centre of Paris across the Swiss Alps to Chur and Arosa in the ‘30, and remembered how petrified he was having to negotiate the treacherous mountain bends, aware that if the engine stalled there was only the useless handbrake to stop this 2 ton car careering down the Alpine pass.), and summers in North Devon at Woolercombe Bay. He spent lazy hot summers around North Devon with golf at Westward Ho!, fly fishing whilst staying at Highbullen Hotel and one time visiting the coast at Woolacombe Bay and bathing in the sea with Miss Scott her friend and Magaretta’s mother Bertha Eugene.

He also spent a year living in Milan at “Via Monte Rosa” in the latter half of 1929 renting rooms from a family friend behind the original Isotta Fraschini S.p.A. Milano car plant. Here, he and was voice trained briefly by the famous singer Caruso, then later with the younger Beniamino Gigli when Caruso became very ill. He was invited to rather exclusive dinners – one particular occasion was to an Italian Count at the Villa on Isola Bella, one of the Borromean Islands in the south of Lago Maggiore in northern Italy. As a parting gift he received a military grey coat owned and warn by Emperor Napoleon. Romilly left it to the Victoria and Albert museum when he moved from the farm in Warwickshire to Ashby, in the fear he couldn’t look after it and retain its quality – he thought it best on display at the museum.

I speak more of his life, and his move to Warwickshire, in part two.

Here is a Vimeo site hosting some of his movies.