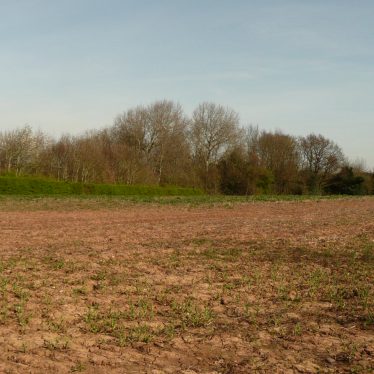 View across location (SP314 752). Given as the site of Heavy Anti-Aircraft Artillery.
Image courtesy of William Arnold 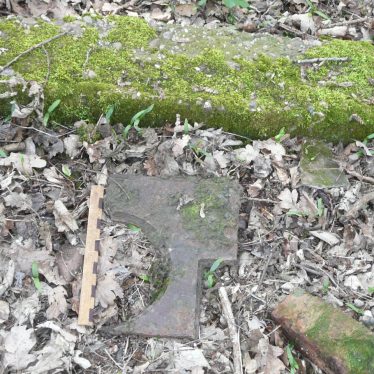 The location SP 314 752 is given as the site of a World War 2 heavy anti aircraft artillery. When I visited the site I could find no apparent signs at the location or nearby. The first photo is taken from a feature marked on the first series O.S.1:25000 sheet SP37 as a hollow (probably a quarry) to the corner of the area marked as a small triangular wooded area (it is actually a quarry), and the location would be in the mid ground. With imagination, denser areas of crop growth could be interpreted as the position of infilled emplacements.

Digging would be problematic

The second photo shows a conundrum taken from the quarry off Gibbet Hill Road. It shows the native sandstone within two feet of the ground surface, which would have made digging gun emplacements rather problematic. The third photo, meanwhile, shows building rubble in the quarry which may or may not have been dumped in the quarry after site clearance.

The final photo shows a concrete cylinder that resembles, except in size, a tank obstacle. In the centre is a section of cast in situ iron tubing. It could be military, but more likely is agricultural.

In summation, I can say that if I had not been previously aware of the site being a supposed heavy anti aircraft artillery site, I would not have noticed anything unusual about the site and its environs.