You are here: Home>Locations>Polesworth>Nethersole's School for the Poor in Polesworth

Nethersole's School for the Poor in Polesworth 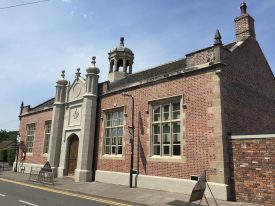 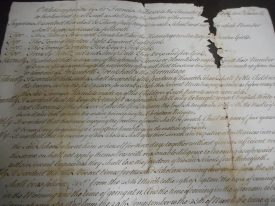 Sir Francis Nethersole initially had relatively little connection with Warwickshire. However, by 1620 he had married Lucy, the eldest daughter of Sir Henry Goodyer of Polesworth. (As an aside, Goodyer was an early friend and patron of the poet, Michael Drayton, who wrote of him, ‘the worthy knight and my noble friend’).

Nethersole had held a seat in Parliament at Corfe Castle in Dorset in 1624, 1625 and 1628. His political career ended, however, when he was arrested in 1633 for offending King Charles with a remark. He spent a great deal of his later years living in Polesworth and he left his mark on the town.

‘Children of the poorer sort’

In the mid 17th century, Nethersole founded a free school at Polesworth for ‘the children of the poorer sort.’ The Warwickshire County Record Office holds an 18th century copy of Sir Francis Nethersole’s orders for the conduct of the school.1

In these orders it states that there were to be 12 boys and 12 girls from Polesworth Trent and 18 boys and 18 girls from other nearby places including Warton and Dordon.

From March to September, students would be at school from 7am-11am, then from 1pm-5pm. From September until March, opening hours were shortened to 8am-11am and 1pm-4pm. They were also obliged to come to school every Sunday and go to church with their schoolmaster.

The orders state that if a student were absent for ‘three days together without giving sufficient reason’ or ‘shall not apply themselves with reasonable diligence’ they ‘shall lose the freedom of the said Schools from thenceforth.’

The school was rebuilt in 1818 in red brick and is known as The Nethersole Centre. It has recently been converted into four duplex apartments.