Who remembers the Willes Road eagles? 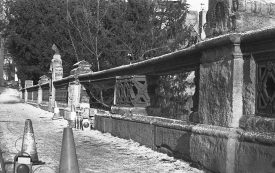 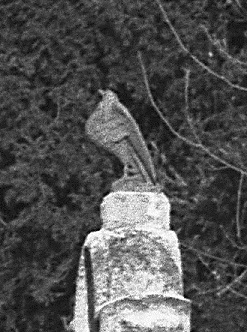 If you mention the park or, more correctly, Victoria Park to Leamingtonians of a certain vintage, they will talk about playing on the old steam roller, crawling through the old cast iron pipes that had been polished by the clothes of the hundreds of children who had crawled through them before. They’ll also speak of jumping across the large stepping stones, which I believe were made from the stone of the old Adelaide Road Bridge. Not to mention the tall slide and the swings. All of which have now gone, victims of the dreaded health and safety.

Ah! But who remembers the clock?

But who remembers the clock which used to stand near the Archery Road gates? It was a two faced electric clock atop a tall slender concrete pillar around 20 feet tall, that stood on a circular concrete base. I seem to remember it had a plaque saying it was either to commemorate the Festival of Britain in 1951 or the Coronation two years later.

There was nothing particularly special about said clock but it did mean you couldn’t say you were late home because you didn’t know the time!

I think it was removed in the 1990s when the Bowling Greens were extended. The intention being that it would be relocated later. This of course never happened, so where is it now? Is it lurking in some dark forgotten corner of a council store or did it suffer the same fate as the Warwick Market Place fountain and end up as hard-core?

This also begs the question of what happened to the two bronze eagles that used to sit on the Willes Road Bridge? These were removed for safekeeping after finding themselves at the bottom of the river on several occasions.

Plus where is the clock that used to sit above the exit from the Royal Priors shopping centre in to Satchwell Court? A large mechanical peacock with chicks to record the hours and minutes, which at certain times used to spread its tail, nod its head and I think play a tune, to entertain the shoppers below. This was taken down when the Royal Priors was extended over Satchwell Court to Warwick Street. Has that too gone, never to be seen again?