You are here: Home>Locations>Warwickshire unspecified or out of county>Expelled From Uganda, Working in Warwickshire

Expelled From Uganda, Working in Warwickshire 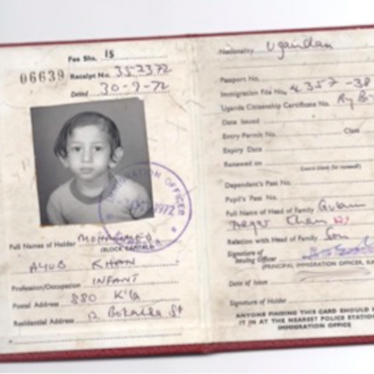 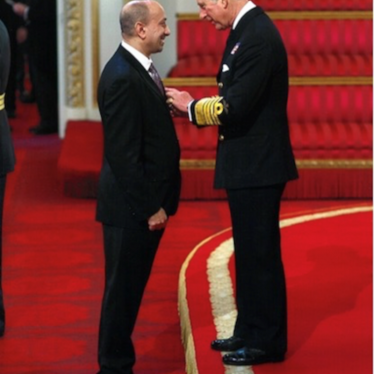 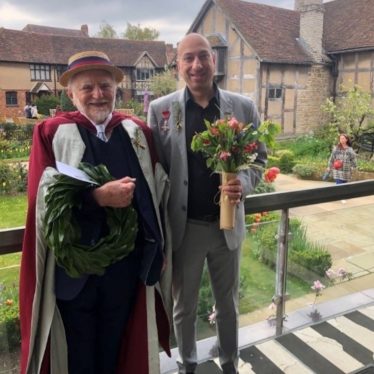 2022 is the 50th anniversary of the Ugandan Exodus, as it came to be known. My identity card is from 1972 when my family was expelled from Uganda – at short notice, and with little more than they could carry. We have few family photos from the time so this early picture of me has real sentimental value. It is strangely ironic that it appears on an ID card – and I now head up a registration service in Warwickshire dealing in formal family documents.

Forced to leave the country

I was only two when we left but this was a key point in my life. I was the youngest of four children. My family had lived in Uganda, East Africa, for generations. They were wealthy business people when Idi Amin, Uganda’s third President, came to power in 1971. He was determined to wage economic war on the country’s Asian population who were disproportionately successful at that time in manufacturing, trade, and the Ugandan civil service.

We were amongst around 70,000 Ugandan Asians with British passports forced to leave the country. Many came here – in my family’s case, to Birmingham. On arrival we were placed in refugee camps at Stansted. We were not always welcome.

The story is now part of this country’s heritage, too. The Ugandan Asians left their homes, careers and businesses behind but brought their entrepreneurial skills with them. My mother, for example, went from a large house with domestic staff to working in a factory making spectacles. My father worked in factories, too, but eventually opened his own secondhand car business. Their struggle, strength and determination undoubtedly shaped my early life.

I still remember what it felt like to be a refugee, and the difficulties I experienced growing up in the 1980s and 1990s, when the National Front was active and racism was more overt. Many people were kind and welcoming – but some were not. Most Ugandan Asians went to Leicester but a significant number settled in Birmingham, which had experienced previous waves of immigration, including a large migrant population from Ireland.

Conservative MP Enoch Powell made his infamous ‘Rivers of Blood’ speech in Birmingham in 1968, a few years before Ugandan refugees, like my family, arrived in the city. The MP for Wolverhampton South-West talked about the “rising peril” of immigration, and of the native population being “made strangers in their own country”.

His speech is still remembered more than 50 years on, so you can imagine its impact at the time. The atmosphere was not always friendly and racial discrimination was, sadly, part of everyday life for an Asian boy growing up in Birmingham back then. It was as if Powell’s words still echoed around the city.

I also remember widespread prejudice against Muslims like me following the 9/11 World Trade Centre attacks in New York. My heart goes out to more recent migrants – fleeing conflicts or persecution in Afghanistan, Ukraine and other dangerous places around the world.

English was my second language, as we say today, so inevitably I was behind with my reading when I started school. Despite my early struggles I did catch up. I later became the first black Muslim President of CILIP – the Library and Information Association, in its 125-year history. I was awarded an MBE, for my services to libraries and culture, in 2013.

Growing up, I would never have thought that one day I would be safeguarding the legacy of England’s most famous playwright, as a Trustee of the Shakespeare Birthplace Trust.

Libraries were really important when we couldn’t afford books. Moreover, they were welcoming to all – providing not only books to borrow, but also non-judgemental places to study. They had a big impact on my childhood and definitely affected my career choices later on.

My first job was as a Library Saturday Assistant and I studied librarianship at university. After working in Birmingham Libraries for over 20 years, I was attracted to a new challenge in a very different and more rural environment – in Warwickshire as Universal Services Manager at Warwickshire County Council.