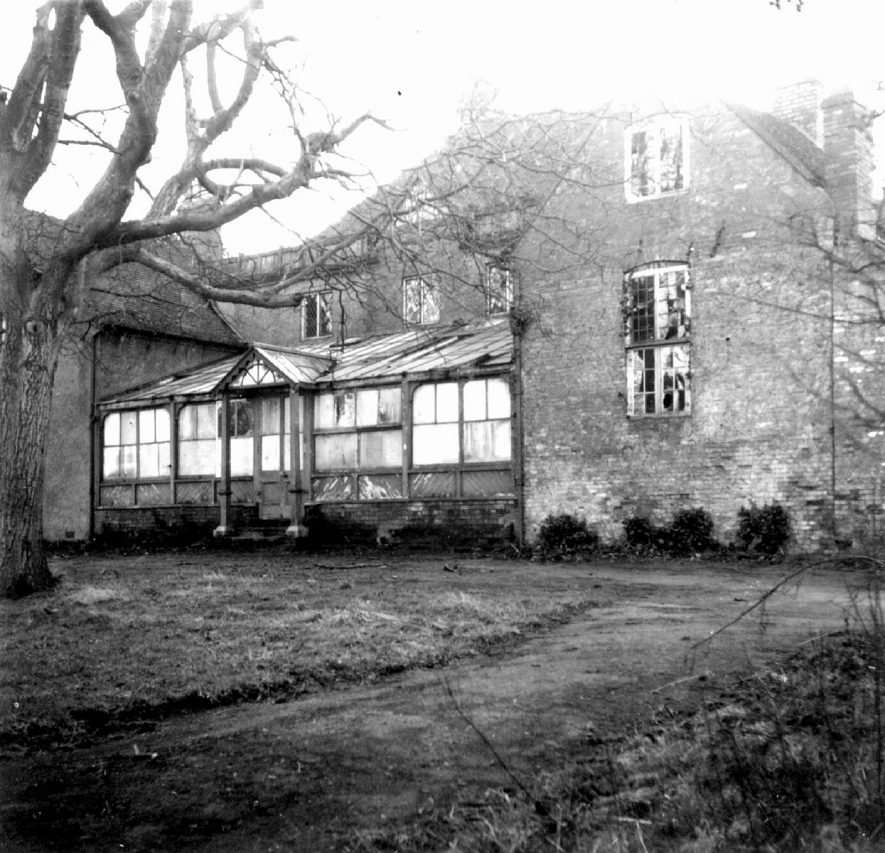 Back of Clifford Lodge, Clifford Chambers. The photograph shows the palm-court and kitchen wing, both which have now been demolished. The lodge deteriorated during the war years, when it was used to accommodate three large families of evacuees, followed by The Pioneer Corps. Later the Women's Land Army came and in 1944 it became a hostel for boys learning farming. The Lodge was eventually sold in the 1950s and renovated. 1940s
IMAGE LOCATION: (Warwickshire County Record Office)
Reference: CR, 3106/4/143, img: 8833
This image is subject to copyright restrictions. Please see our copyright statement for further details.
Map marker in the right place? If not, please correct the map.
Locations
Clifford Chambers (163)
Subjects
Lodges and Gatehouses (105)
Date

Linkedin
More from Clifford Chambers
More from Lodges and Gatehouses