You are here: Home>Locations>Snitterfield>Warwickshire in 100 Objects: Snitterfield Elephant Skull 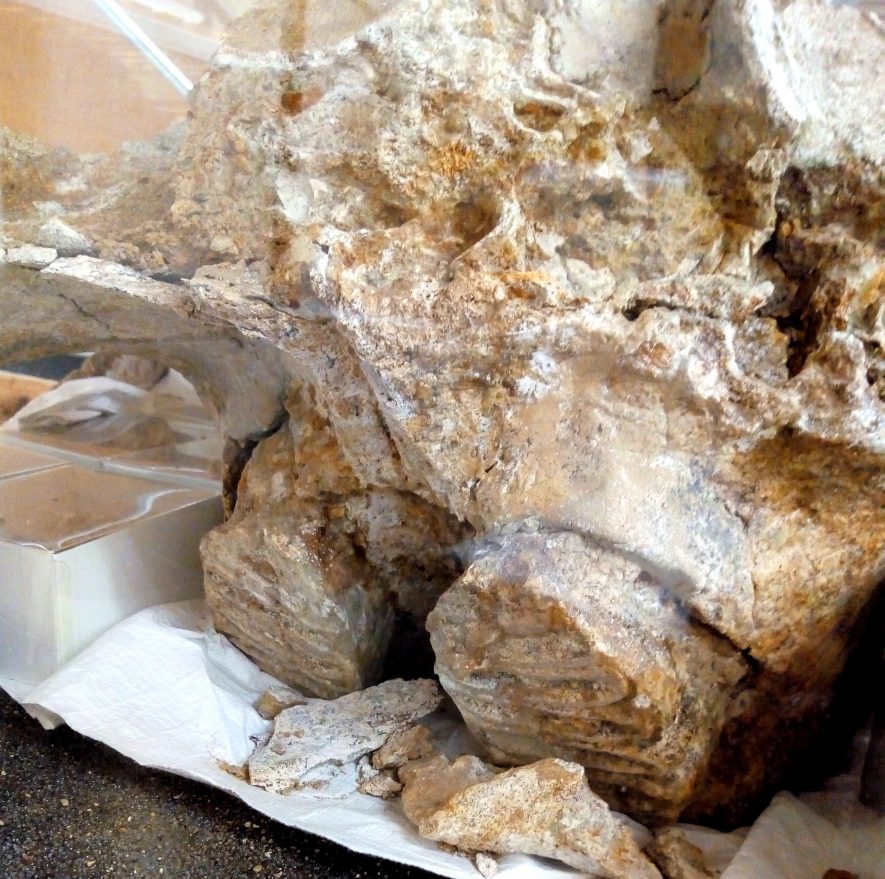 Partial skull of an extinct Straight-tusked elephant, Palaeoloxodon antiquus.  It was collected from ancient river gravel deposits, nearly half a million years old, near Snitterfield, in the mid 1980s. Much of the top of the skull is missing, but the large molar teeth and eroded tusk sockets are clearly visible.  Elephants of this species were very common in Warwickshire at that time. Our human ancestors Homo heidelbergensis lived alongside the elephants, at a time when the climate was not dissimilar to that of Warwickshire today.