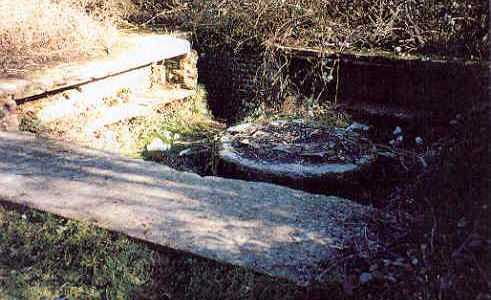 The site of a Second World War gun emplacement. The remains comprise a circular concrete holdfort for a Bofors gun sited on top of a spoilheap next to the railway on the opposite side of the line to the Rugby Cement Works.

1 Circular concrete holdfort sited in a small area of ridge and furrow between Johnson Avenue and allotments north of Bilton Road, Rugby. To the north of this is a square predictor emplacement and semi-sunk shelter. This is the best preserved of the Rugby sites. The Rugby sites were manned by 313 and 314 troop, this particular emplacement was identified as FF site on the total armament list of 1940.
2 This site was one of 8 Bofors sites and 11 Lewis gun sites built in a ring to defend the vulnerable railway junction and important factories.
3 Earlier version of 1 with slightly more detail. Bofors guns were 40mm.