You are here: Home>Locations>Henley-in-Arden>Undated Trackway at Edge Lane 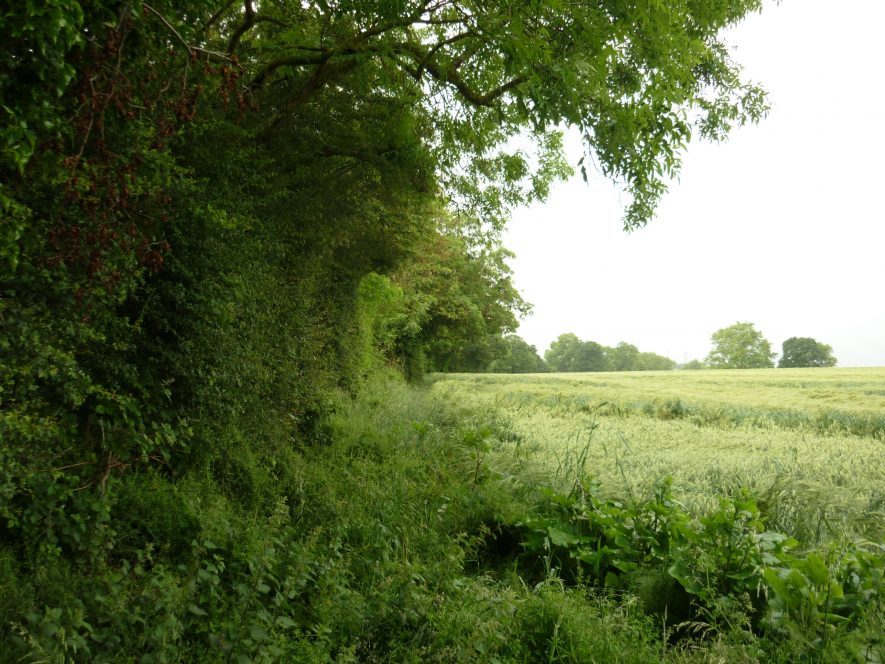 The eastern edge of the track, looking north where the Bridleway from Henley Crosses it.
Image courtesy of William Arnold
Description of this historic site

The line of a trackway, possibly dating from the Prehistoric period, exists in parts as a tarmaced road and partially as an earthwork, which is visible on aerial photographs. It runs north from Warwick Road, Henley to Camp Hill.

1 This has been variously described as Prehistoric, British, Iron Age, Roman etc. It has many of the characteristics of a Prehistoric trackway or ridgeway. It runs along the top of an escarpment close to the scarp edge most of the way, at heights mostly above 100m. It is a made road from the Warwick road to Kyte Green Farm, and from then on a track. It is cut by a railway near Buckley Green and the last 200m, leading into Camp Lane are again made road. In Camp Lane the continuation can clearly be seen as a marked depression and continues marked by hedge banks across the next three fields. At around SP1668 its course becomes indistinct.
2 At its N end at SP1668 a pronounced hollow way begins and follows a hedge line up Camp Hill. The hollow way continues as far as SP1668 and then becomes indistinct, although it could have followed the parish boundary further N.
4 The N area of hollow way shows on the RAF air photograph.
5 Date range narrowed since cannot reasonably be earlier than Bronze Age and sections are clearly still in use so must have persisted in use as a single entity well into the post RB period.