You are here: Home>Locations>Coleshill>Site of Watermill at Cole End

Site of Watermill at Cole End 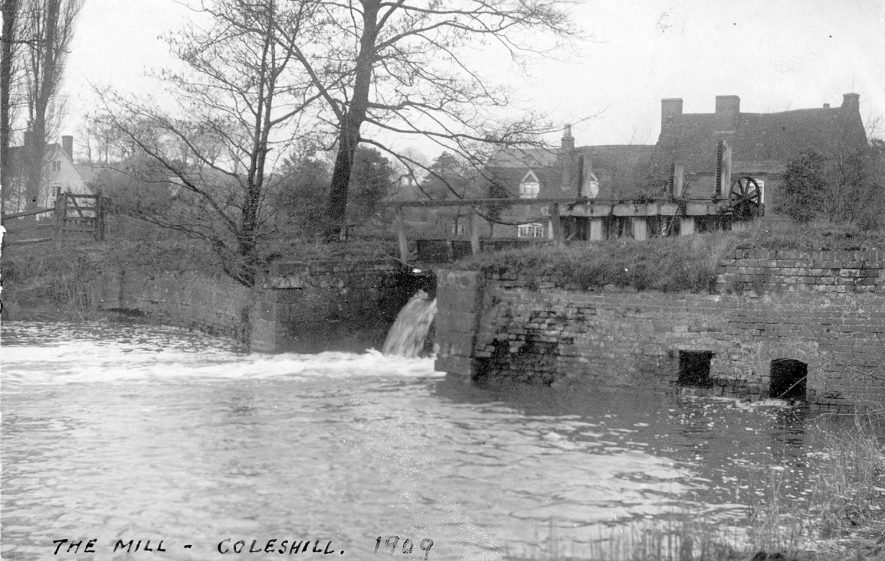 The site of a watermill, which was built during the Medieval period. It was situated 100m south east of Coleshill Bridge.

1 In 1086 the mill at Coleshill was valued at 40d. Nothing else is known of its history until the 19th century. Information on ownership exists for 19th century and early 20th century. The mill was demolished in 1937 and only the brick foundations remain. It was an 18th century brick building with an adjoining mill house. The waterwheel was mounted internally.
2 The site is now occupied by a park and no trace of the mill survives.

email
More from Coleshill
More from Windmills, Watermills and Cornmills