You are here: Home>Locations>Dordon>Site of Hall End Hall, Dordon. 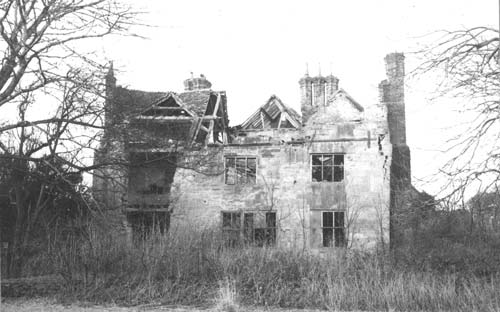 Hall End Hall, a manor house built from cream sandstone with one wing built in brick. The house was built in the Post Medieval period and was located 200m north of the A5 at Dordon.

1 Elizabethan or earlier, altered in the 17th century and subsequently. The original building was larger than the later one. Building has an L-shaped plan with main block constructed of cream coloured, local sandstone. In the early 18th century the NE wing of red brick was added. In the stair angle between the two was the original stair hall with stone walls. There was no visible trace of the original front entrance, the doorway being formed out of a former window. Within the ruin, a four centre arch doorway was visible. The property had fallen into ruin, and was demolished c.1967