You are here: Home>Locations>Kineton>Site of Battle of Edge Hill

Site of Battle of Edge Hill 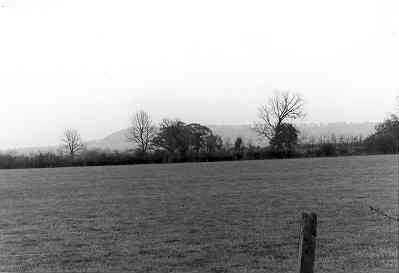 The site of the Battle of Edge Hill, October 23rd 1642. It was the opening battle of the Civil War with the Royalists led by the King and the Parliamentarians by the Earl of Essex. The battle was fought in the area between Edge Hill and Kineton.

1 The Battle of Edge Hill, October 23rd 1642, was the opening battle of the Civil War with the Royalists led by the King and the Parliamentarians by the Earl of Essex. The battle is often described as a draw, but was really a victory for the King.
2 OS Card.
3 Plan on OS Card.
4 The battlefield was searched with a metal detector producing 52 musket balls and one cannon ball.
5 Plan in WMBFI File.
6 Photograph in WMBFI File.
7 The site of the Battle of Edgehill (1642) is now recorded on the English Heritage Register of Battlefields. The Royalists occupied the ridge of Edgehill with approx 14 000 men, while the Parliamentarians, with almost equal numbers, were deployed south east of Kineton.
8 Annotated map of battlefield.
9 Interim report on The Edgehill Battlefield Survey, 2004-2006. Findspot information included.
10 Metal detector survey of a development site within the Registered Battlefield. A scatter of finds dating from the 17th to 20th centuries was recorded. A single musket ball was the only find which was probably from the battle.
11 AP showing the entire battle site.
12 Negative metal detecting survey prior to the construction of a barn and menage.
13 Metal detecting survey did not recover any military artefacts.
14 Portable Antiquities Scheme find provenance information:
Date found: 2004-09-11T23:00:00Z
Date found: 2005-08-07T23:00:00Z
Methods of discovery: Metal detector