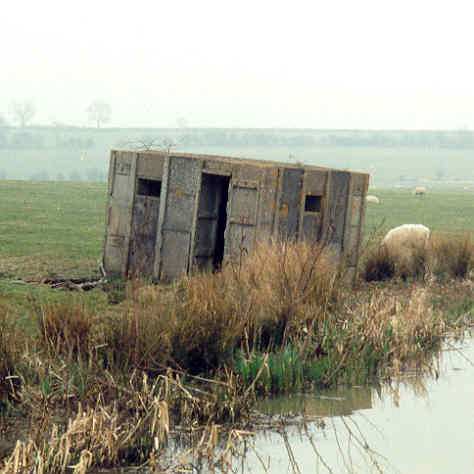 A Second World War pillbox, a concrete building that housed guns which were used to defend a vulnerable point along a road, railway or canal. The pillbox is situated 1km north west of Priors Hardwick.

1 A prefabricated (concrete panel shuttered) pillbox which might have formed part of the Oxford/ Birmingham stop line.
2 Note, including sketches and photographs (3 pages).
3 A substantial reference work.
4 ‘The prefabricated type has precast inner and outer concrete panels slotted into vertical concrete posts. Concrete was poured into the void between inner and outer panels.’