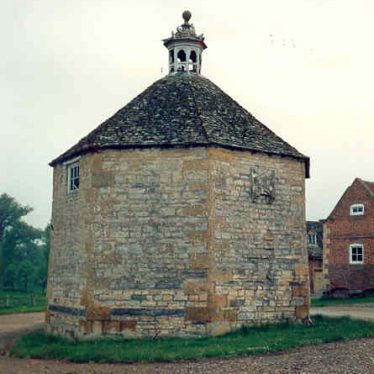 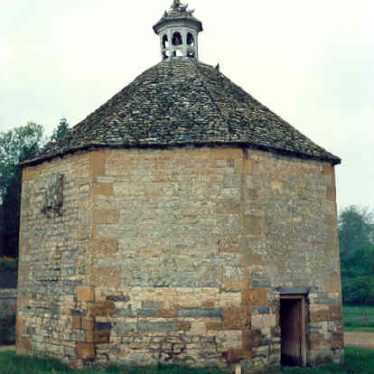 Honington Hall Dovecote, a stone building used for the breeding and housing of doves or pigeons. It has a sundial on its south wall. It dates to the Post Medieval period and is situated at Honington.