You are here: Home>Locations>Clifton-upon-Dunsmore>Clifton Old Hall 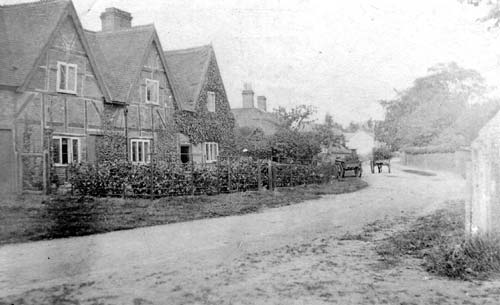 Clifton Old Hall, a house that was built during the Post Medieval period. Numerous modern alterations have been made to the building. It is situated on Hillmorton Lane, Clifton upon Dunsmore.

1 House, formally 3 cottages. 17th century with later alterations. Plain-tile roof with stacks to ridge. One storey with attic; 4-window range. Door is 17th century plank with iron studs within 20th century brick and timber porch. 20th century lattice casements of 2 and 3 lights to ground storey and in attic: one dormer to left, one in each of the 3 gables. 20th century bargeboards to gables. 18th century brick barn to left has later stack to ridge and now forms part of the house and garage. 18th century and 20th century timber-frame and brick extensions to rear. Interior: some original beams, but many 20th century imitations. Open fireplaces restored 20th century. Tile-beam roof trusses.