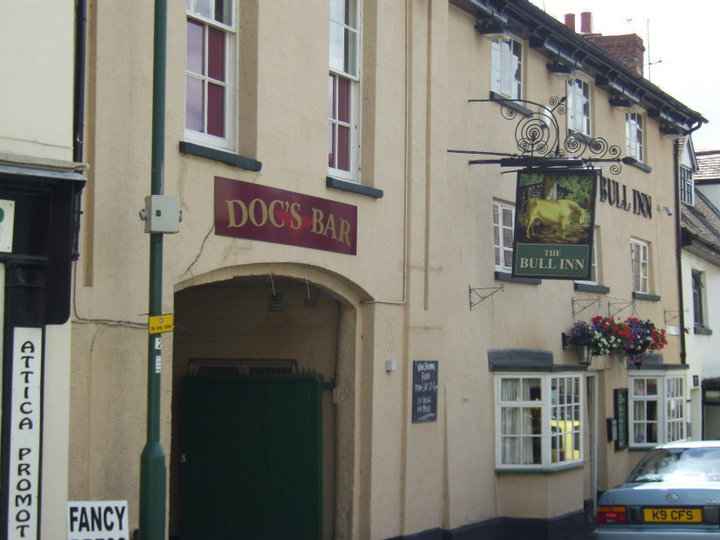 Historic inn situated on the east side of Daventry street, at its west end.

1 The Bull inn, Daventry street, Southam.
Historic inn recorded in Fwhite & Co.’s database, showing it was in existence in 1874, where it is called the Bull Commercial and Posting hotel.
Situated at the west end of Daventry street, on its east side, in the medieval part of the town.
Listed building record (DWA2262) gives a date of early C19 for the inn.