You are here: Home>Locations>Budbrooke>Budbrooke Barracks 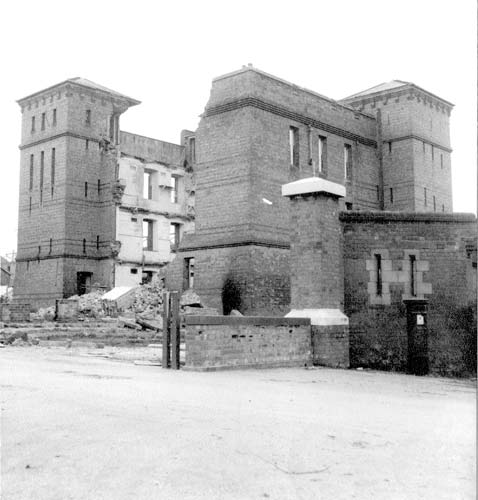 The site of Budbrooke Barracks which were built during the Imperial Period. The barracks were extended during the 20th century. They were later demolished to make way for a housing estate at the eastern end of Hampton Magna.

1 A Victorian barracks (c1876) later very much extended but in such a way as to leave the original buildings isolated and very largely unaltered. The barracks were closed in 1960 and subsequently demolished for the construction of a housing estate.
2 ‘On the 4th April 1877, the depots 1/6 & 2/6 Foot proceeded to Warwick there to be stationed and form part of the 28 Brigade Depot’. 2 pages.
3 ‘The barracks were slowly run down and men moved to Glen Parva in 1960…The buildings were completely dismantled and finally knocked down, sales of doors, windows and beams were held and bulldozers were called in to make roads’. Includes 3 photographs.
4 The water tower was demolished 27 Aug 1983.
5 Copy part of 25″ 2nd edition map showing barracks.
6 Very good low level oblique air photograph from West.