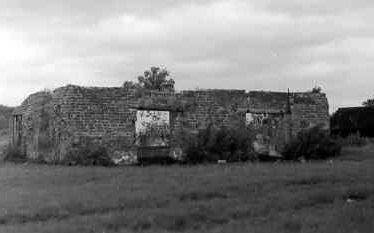 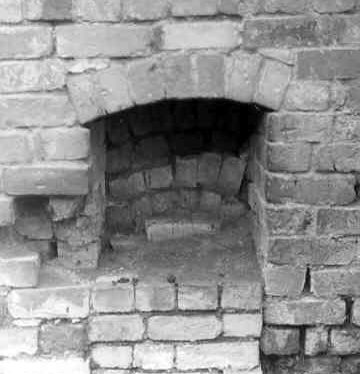 A brick oven at the brickworks, Bishop's Itchington
Warwickshire County Council
Description of this historic site

The site of brickworks dating to the Imperial period. They are marked on 19th century maps, and a building, some ovens, and some earthworks are still visible. The site is 400m south west of the church at Cross Green.

3 The Tithe Apportionment Map and OS map mark a brickworks here. The original building in which the bricks were made is still extant. The ovens are also still intact along the N facing interior wall, but the remainder, of which at least sixteen can be seen, have been bricked over. The remains of quarrying for materials can be seen just to the N and NE of the building cutting into the hillside. According to the present owner brickmaking was discontinued here in the late 19th century.
4 Photographed in 1979.