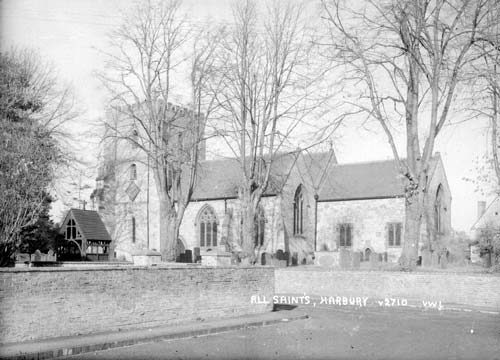 The parish church of All Saints, Harbury. It was first built in the Medieval period, but rebuilt and much altered in more recent times (Imperial period). The church is situated to the south east of Harbury Hall.

1 Chancel, nave, N and S aisles, N chapel and W tower. When built in the latter part of the 13th century it consisted of a chancel, nave, S aisle and W tower. It has been much altered in modern times, the S aisle widened and a N aisle and chapel added. The first reference to the church is in the mid 12th century.

Linkedin
More from Harbury
More from Chapels and Churches