You are here: Home>Locations>Warwickshire unspecified or out of county>Vehicle Registration - What's on Your Plate?

Vehicle Registration - What's on Your Plate? 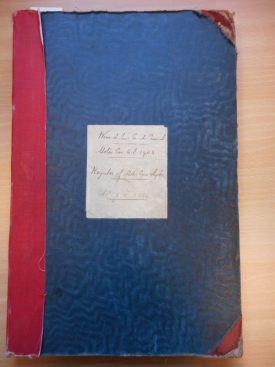 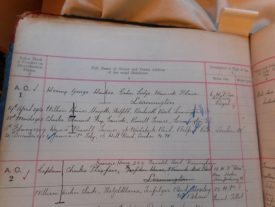 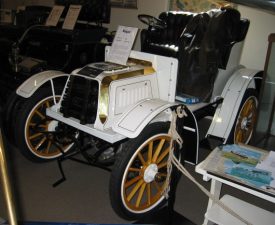 A restored example of a Regal car, circa 1903.
Image courtesy of Buch-t. Own work, Public Domain,

The first new car registrations for 2017 come out in March, but this article takes us back to the very first vehicle registrations in Warwickshire in 1903.1

Although vehicles had been a common sight on Britain’s road for some years, it was not until 1903 that the Motor Car Act required all vehicles on the road to be registered with a number plate. These were originally issued by the local council, who received a series of two letter combinations that would indicate where the vehicle was originally registered. Warwickshire received the combinations AC, NX, UE and WD.

The Regal car with a De Dion Bouton engine was a highly desirable vehicle in its day, with more De Dion Boutons imported into the UK during the 1900s than any other make of foreign car, according to the National Motor Museum Trust.

Local councils continued to issue vehicle registrations until 1974, when the Driver and Vehicle Licencing Agency (DVLA) took over the responsibility. Warwickshire County Record Office holds the complete collection of original registration books from 1903 to 1974. If you have an old vehicle from those years registered in the county, it is fairly certain that the original registration will be detailed within and you can order a copy of those details from us. Like the 1903 version, these log books will also give the year of registration, the original owner of the vehicle, and details of the vehicle itself.

Alongside the registration books, the record office also holds an extensive collection of registration surrender cards. If the registration was surrendered back to the authority (for instance at the end of the vehicle’s life), a record card was created, and occasionally related correspondence was attached to it. If you are lucky and a card for your vehicle was created and has survived, it can yield further information about previous owners and the vehicle’s history.

This article is February’s Document of the Month for the Warwickshire County Record Office. Further articles can be found on their website.