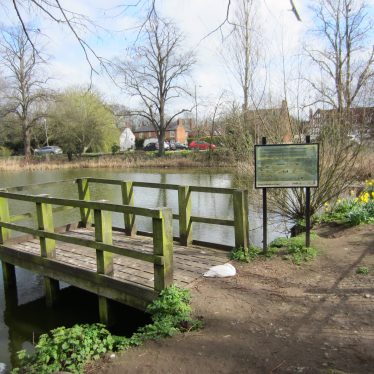 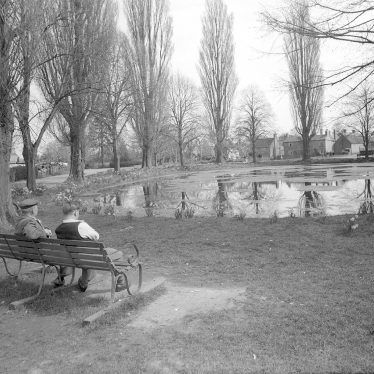 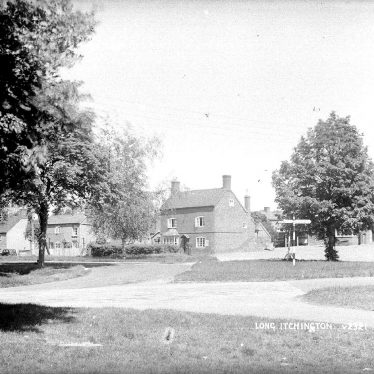 Joseph Ashby of Tysoe wrote about rural life in a series of articles called ‘Through Warwickshire Villages’ in the Warwick Advertiser during the 1890s; the following are extracts from one of these articles.1

As we enter the village [of Long Itchington] from Marton station a large open green spreads out before us. The green presents an animated scene of various forms of rural life. It is not difficult to imagine the pastimes of rural folk in the “good old times” when contemplating such a scene as any fine evening of the spring, summer, or autumn months present on such a village green as that which is fortunately still left unclosed to the inhabitants of Long Itchington.

One has only to imagine the motley groups of men standing here and there chatting over the events of the day, or the contents of the Birmingham Argus or Evening Mail just taken from the hands of the newsboy on his regular round, with eager and excited attention crowded round two of their fellows, each with a cock or a bull-dog in their arms, with the shrewdest of the number with an old hour glass in his hands waiting for the passage of the sand to mark the moment at which the noble antagonists should be loosed for fierce combat for the amusement of the smock-frocked farmers and labourers who have whistled home the teams and driven the cows to their pastures on the “open field,” and who have gathered on the green to end the day, to gain some approximate conception of what our village greens were like many years ago.

All that, however, is changed. The fighting which now affords entertainment to many of the groups of men on our village greens is that of “our Parliament men,” about which they show some growing interest. The “hard hits” of the party leaders, are not, I fancy, much less entertaining to many rural workmen than were the skilled blows of a favourite game cock which had laid several of his noblest antagonists dead in the ring to many of their great grandfathers.2 Groups of rural working men are, as a rule, infinitely amused at the accounts of the “scenes” in the House of Commons.

The village green of Long Itchington often affords an uncommon and interesting aspect of rural life. In the centre is a large and well-kept pond. From every bank one or two youngsters are stretching out eagerly over the silvery ripples as a substitute for a fishing rod a long rod of willow, green from the tree, to which is attached a piece of string, and of course a fish-hook, or it may be a pin with the pointed end turned back, waiting for a “bite.” The sight of boys fishing in a pond on a village green was so novel to me that I could not pass them without interest. “Do you ever catch any fish in this pond?” I queried of a couple of shy youngsters. “Yes, sir,” they slowly answered, dividing their interest between me and the bait dangling and swaying in the breeze-made ripples, “sometimes we catch one a pound weight.”

Other boys are romping on the green, too restless for the fishing rod. Two others at the far corner yonder are chasing the ducks which somehow are never in the right place when the lads are out of school. These are the class of lads who give fictitious names to the farmers when they catch them in their orchards stealing their plums and apples, and laugh at them when they have regained their liberty. It is a source of infinite gratification to find here and there a village green which no lord of the manor has ever made a pretext for enclosing.

A pair of mute swans nested here for over twenty years up until 2003. The pond was substantially refurbished in 2006-7: it was dredged, the base lined, the banks strengthened, an island created and tributaries cleared. It has now recovered from all this work, providing an attractive focal point of the village once more.

2 Cock-fighting was banned by the Cruelty to Animals Act of 1835, but continued clandestinely after that.