You are here: Home>Locations>Weston-on-Avon>Letters From China: The Consulship at Newchwang

Letters From China: The Consulship at Newchwang 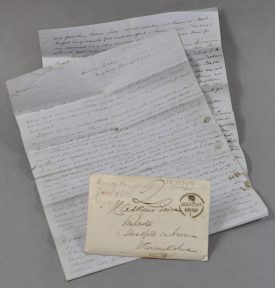 In 1855 19-year-old Adkins, a native of Milcote, near Weston-on-Avon, was appointed a supernumerary interpreter at the Superintendency of British Trade with China. He was to remain with the Chinese Consular Service until 1879, rising to become a diplomat, and ultimately consul. He returned to England, retiring to Long Hyde House at South Littleton in Worcestershire, where he died in 1912.

Here, we focus on those letters and other documents embracing the final decade of Adkins’ career in the Consular Service (1869-1879). This period saw Adkins move from Peking, where he had been employed as Acting Chinese Secretary in the British Legation, to take up his final post, the Consulship at Newchwang. These were eventful years for Adkins; during a two-year period of leave in England in 1873-5 he married Agnes Sowden of Stratford-on-Avon, who returned to China with him. However, a comprehensive reconstruction of Adkins’ activities during the 1870s is, unfortunately, impossible, for after the death of his father in 1871 none of his letters home have survived. Presumably Adkins continued to write regularly to his mother and brother John, both still residing at Milcote, so the loss of these letters cannot be satisfactorily explained, especially when the majority of his previous correspondence had been so lovingly preserved.

A despatch from Peking

For these final years we must thus content ourselves with 30 letters dating from 1869-71, the papers from the following eight years comprising a solitary letter from Adkins to his niece and a few addressed to Adkins from the Foreign Office and the British Legation in Peking. There is a treasure among these, however. A despatch from Peking in 1879 includes copies of letters, thanking Adkins for assisting French missionaries in Newchwang, from the French Ambassador and the British Foreign Secretary, the 3rd Marquess of Salisbury. Lord Salisbury went on to serve as Britain’s Prime Minister three times. Interestingly, given the contemporary political situation, his last ministry (1895-1902) was the first modern coalition government in Britain, with Salisbury’s Conservative party in alliance with about 50 MPs, led by Joseph Chamberlain and the 8th Duke of Devonshire, who had ceded from the Liberals to form the Liberal Unionist party.

Fortunately, the fascinating correspondence dating from 1869-71 more than compensates for the dearth of later letters. As ever, Adkins is an engaging writer, combining the intensely private with high drama. For example, in a letter to his father from September 1870 he asks about a recent family trip to Scarborough, hoping that the time will soon come when he too can holiday with them, while other letters reflect on the prospects of rebellion in Ireland, deteriorating Russo-Turkish relations and the Franco-Prussian War of 1870-71.

Indeed, Adkins was even able to offer personal insights into such momentous developments as these. In a letter of April 1871 he reflects on the offer of the dictatorship of France to Charles Cousin-Montauban, comte de Palikao, after the Emperor Napoleon III was deposed, stating that ‘I felt despondent for France’ as the count, he scathingly remarks, ‘was an incompetent commander in China [his title commemorated his victory over the Chinese at Palikao, outside Peking, during the Second Opium War] and behaved like a man of low character without brains’. Similarly, again in 1871, he refers to an acquaintance from his first stint in Peking in 1860, the Russian General Nikolay Ignatieff. This man, who Adkins had known as Russian minister plenipotentiary in Peking, was now ambassador to Turkey. Here his attempts to liberate Turkey’s Christian subjects, particularly the Bulgarians, from Ottoman control and put them under Russian influence led to the Russo-Turkish War of 1877-8. Adkins remembered Ignatieff as being ‘very civil to me’, but ‘hard upon the Chinese…and…as cunning as a fox’.

email
More from Weston-on-Avon
More from Politics and Elections