You are here: Home>Locations>Aston>Harry Taylor and the Warwickshire Mystery of the Stolen Goldfish

Harry Taylor and the Warwickshire Mystery of the Stolen Goldfish 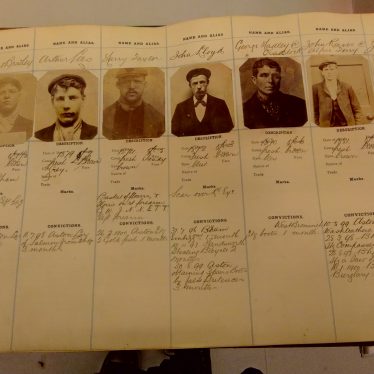 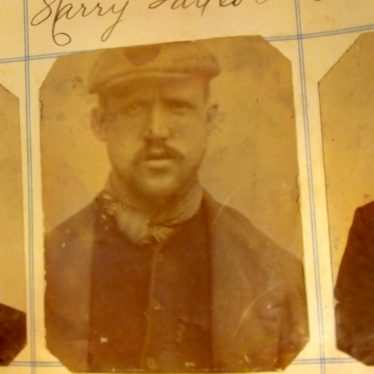 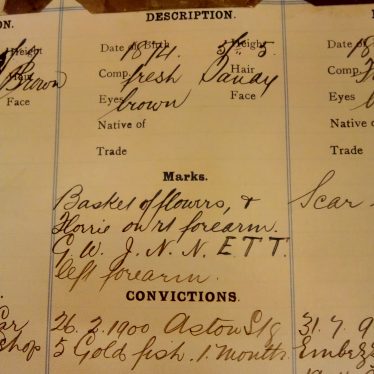 Everyone who works, or has worked, in an archive will tell you that you go looking for one thing, and you come across something entirely different. This happened to me not so long ago. A couple of us archive assistants at Warwickshire County Record Office were looking at the Known Thieves Album (reference CR2212) and we stumbled across a name familiar to me from my own family tree. Listed amongst the known thieves was a Harry Taylor. With my surname being one of the most common in the country, we laughed and said “wouldn’t that be funny if he was actually related to me?”

I shouldn’t have laughed. It turned out to be my Great Great Grandfather! Harry Taylor is known to have been a bit of a rogue in our family but none of us really knew much about him. According to the album, he was sentenced to one month in February 1900 for the crime of stealing five (yes, five) goldfish. He is described as being 5’5″, with brown eyes, dandy hair and a fresh complexion. It also lists his tattoos, and his wife Florence’s nickname and her maiden name – so it was definitely him.  We have no idea what he was planning to do with the goldfish!

Harry Taylor was born in 1874 in Birmingham to George and Mary Ann Taylor. By checking the records on ancestry, I was able to find that he married Florence (Florrie) Gwinnett on the 6th January 1895 at St Stephen’s Church, Birmingham. On the 1911 census he is listed as a rag and bone man, with four living children; they had a further two children after the 1911 census. He served in the armed forces before and during the First World War. His military records display a number of offences during his time in the army, ranging from “obscene language” to being drunk and disorderly. He sounds like a rather interesting character! Ancestry again came up trumps, and allowed me to see that Harry Taylor was finally medically discharged from military service with piles and loss of teeth (yes you did read that right!). Harry Taylor passed away in 1933.

The Known Thieves Album is exactly what it says, a list of known thieves. Dating from 1860-1910, it covers the Aston Division, includes images and particulars of the thieves, and details of the crimes committed by them. It is 202 pages and includes 1414 original images of offenders. It is a fascinating document and has provided me with something I didn’t have – an image of Harry Taylor.

Now, what was I looking for before I got side-tracked?