Children in a Brailes Church, a Dispute over Behaviour 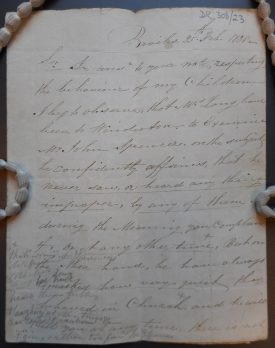 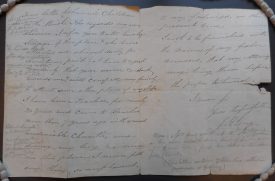 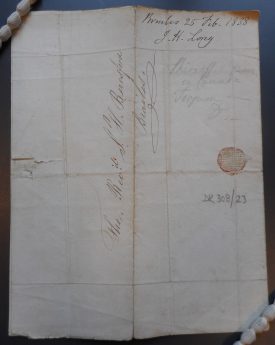 National Children’s Day is celebrated in May, and an appropriate topic with a Warwickshire link is this letter, which was sent by Mr. J. H. Long to the minister of the Parish of Brailes. It is regarding the behaviour of his children during services at the church.1

The four page letter, dating from 1838, talks of previous correspondence received from the minister, Reverend S. H. Beresford, relating to bad behaviour reported by others in the congregation. Mr Long talks of his children’s good behaviour and that there “is not Four better behaved Children in the Parish”. He mentions a Mr. John Spencer, who “confidently affirms, that he never saw, or heard any thing improper, by any of them during the Morning you complain of, or at any other time”.

Seven years in the parish

Mr Long also talks of his character, stating that he has been a teacher for nearly 20 years, and a resident of the parish for seven years. He threatens that his family will have to find another place of worship, and that during his time in the parish he has “never felt any thing so unpleasant to my feelings, as the present time”.

There are notes added afterwards in the margins, relating to the contents of the letter. It is unclear who added these notes, or when they were added, but they are interesting to read! They mention that the letter contains seven blunders, in grammar and spelling [editor’s note. I assure the reader (and writer!) that I’m not inspired to do similar – all the time, anyway!].

The Long family appear in the parish registers for Brailes, Warwickshire for a number of years before the date of this letter. Jeremiah Henry and Elizabeth Long were originally from Gloucestershire, and two of their children were born in the County. Justina Ann and Le Marquis William were born in 1828 and 1829 respectively.2

They then moved to Brailes, Warwickshire sometime between 1829 and 1831, where they had a further seven children (Helen Elizabeth, Cornelius Henry, Alfred Josephus, Albert, Holliver Herbert, Levinia Jane and John Henry).3 On the 1841 census, Jeremiah is listed as a schoolmaster living at Church Street, Brailes with his wife and six children.

They appear to have stayed in the parish after this letter was written, despite Jeremiah stating in the letter that he and his family were going to find somewhere else to worship. Jeremiah passed away in 1873. He was buried in the churchyard of the parish church in Brailes on the 2nd February 1873 at the age of 76.4

2 Information taken from the 1841 England and Wales census, Ancestry.com.