You are here: Home>Locations>Arrow>Arrow's Tithe Map 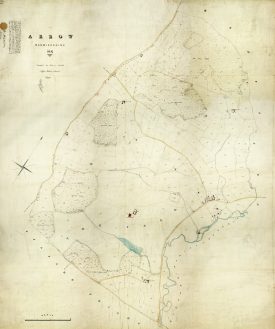 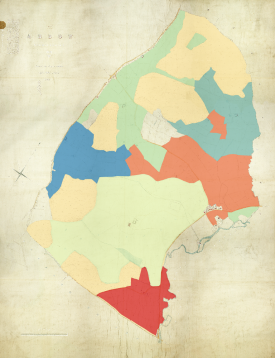 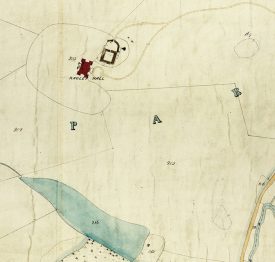 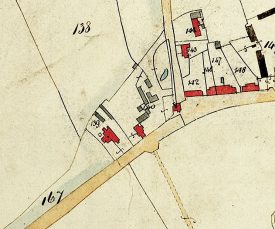 Manuscript maps can offer a window into past landscapes and tithe maps are often one of the earliest detailed maps you might find for a parish. As well as showing a snapshot of roads, fields, rivers and buildings, tithe maps, and the apportionment books that go with them, can provide a glimpse of a local community through land ownership, land use and local custom and practice.

Where tithe maps come from

Before the mid 19th century, many people paid a tithe (or tenth) of their produce to support the local church, often in the form of a ‘payment in kind’ (crops or livestock) which might be stored in a local tithe barn. By the early 19th century this type of payment was unpopular with many people, both for economic and religious reasons. This eventually led to the Tithe Commutation Act of 1836 which aimed to replace payments in kind with a money payment which would change according to the value of staples such as barley, wheat and oats.

The tithe maps and apportionments (the written schedule which went with the maps) were produced to assess the value of tithes within a parish and to set a fair rent-charge on each piece of titheable land. Together they record the size and arrangement of fields, who owned and occupied land, how it was used and what it was worth.

In parts of Warwickshire, tithes had already been commuted, often when the open fields were enclosed, and so tithe maps were created for around two thirds of Warwickshire’s parishes. Very few of the maps created were stamped as ‘first class’ maps. Despite this, tithe maps and apportionments contain a wealth of information which can be useful to family and local historians alike.

All tithe maps will mark the field boundaries in a parish (or at least for the parts of the parish where tithes were payable), and each parcel of land will be numbered, linking the map with the apportionment. In addition, most tithe maps will show many other features to a greater or lesser extent, including roads, water and buildings. The tithe map alone can be a great tool to see how an area has developed since the mid nineteenth century by comparing it to later maps. Combined with the information from the apportionment, they can help illustrate an ancestors property and wealth, chart land ownership and use across a parish or give a snapshot of the local economy.

Land use and occupation

This, however, leaves a large void around Ragley Hall itself (light green), and it is only by systematically working through the apportionment (which is sorted by occupier, not plot number) that it is possible to see that many plot numbers are not included in the apportionment. These missing numbers neatly correspond to the land marked as park on the map and bordered by a faint blue land. The only reference to these plots is a brief note at the end of the apportionment:

The remaining Lands of the District not inserted in this apportionment are with the consent of the Rector specially released from payment of any portion of the Rent Charge.

Expanding on the Census

Although the apportionments only mention the head of a household, they can be used together with census returns from a similar period to flesh out the details and create a fuller picture, where a clear link can be made between the two. It is worth noting that there may have been some time between gathering the information for the apportionment and creating the final document. It may not be safe to assume that the information contained in an apportionment was correct on the date it was signed or stamped, as land could have changed hands without a revision being necessary.