You are here: Home>Subjects>Transport>Railways>Rugby. Railway 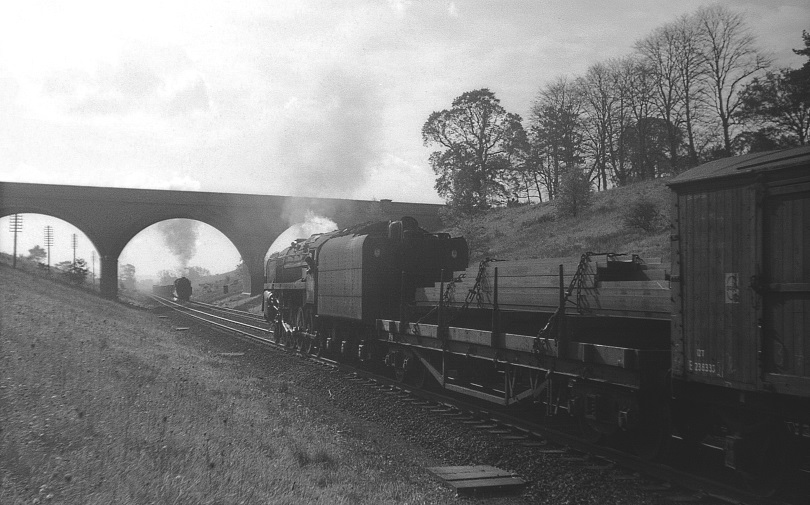 North and southbound freights converging at the Ashlawn Road bridge south of Rugby Central. These frequent, tightly-timed freight trains, the 'Annesley Runners', worked between Annesley, north of Nottingham, and Woodford Halse. They were an admired feature of the line in its later days and were worked exclusively by British Railways Standard class 9F 2-10-0s.
Image courtesy of the Tony Newman collection
Map marker in the right place? If not, please correct the map.
Locations
Rugby (1317)
Subjects
Railways (295)