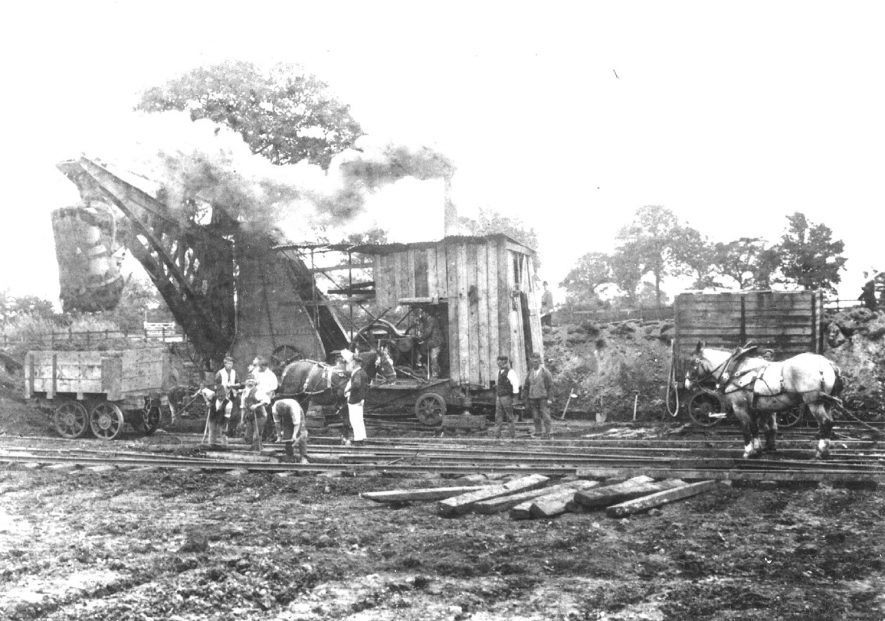 The building of the Great Central railways goods yard in Rugby. 1920s [The Great Central Railway was opened in 1899 and the date of this image is possibly wrong when looking at the type of steam engine used. Also surely the sidings would have surely been built in the 1890's]
IMAGE LOCATION: (Rugby Library)
This image is subject to copyright restrictions. Please see our copyright statement for further details.
Map marker in the right place? If not, please correct the map.
Locations
Rugby (1316)
Subjects
Animal-powered Transport (229)
Railways (295)
Traction and Steam Engines (24)
Date