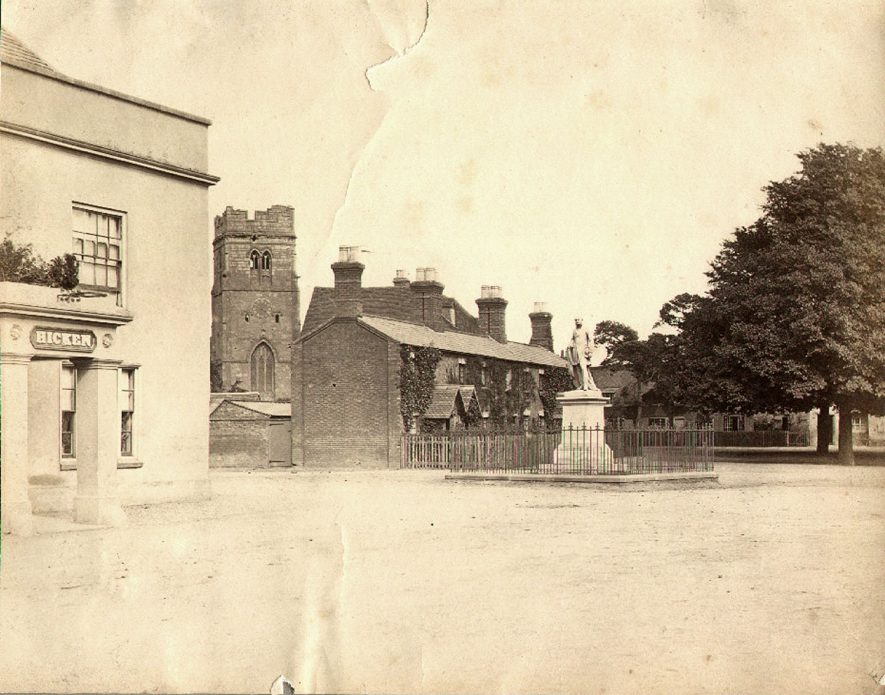 The Lord John Scott Memorial, Dunchurch. Lord John Montague Douglas Scott married Alicia Spottiswoode on March 16th 1836 and lived at Cawston Hall, which he had inherited from his grandmother. It was in a very dilapidated state and he gradually rebuilt and added to the grounds from the copse-wood and neighbouring fox covert. He was M.P. for Roxburghshire and a keen sportsman. The statue to his memory was erected at Dunchurch and unveiled on September 2nd 1867. The inscription reads - The Right Hon. John Montague Douglas Scott. Born 13th July 1809. Died 3rd January 1860. This statue was erected by his tenantry in affectionate remembrance of him. 1900s
IMAGE LOCATION: (Rugby Library)
Reference: W, B SCO, img: 7786
This image is subject to copyright restrictions. Please see our copyright statement for further details.
Map marker in the right place? If not, please correct the map.
Locations
Dunchurch (162)
Subjects
Monuments, Statues, and Follies (67)
Public Art and Sculpture (47)
Date

Linkedin
More from Dunchurch
More from Monuments, Statues, and Follies
More from Public Art and Sculpture