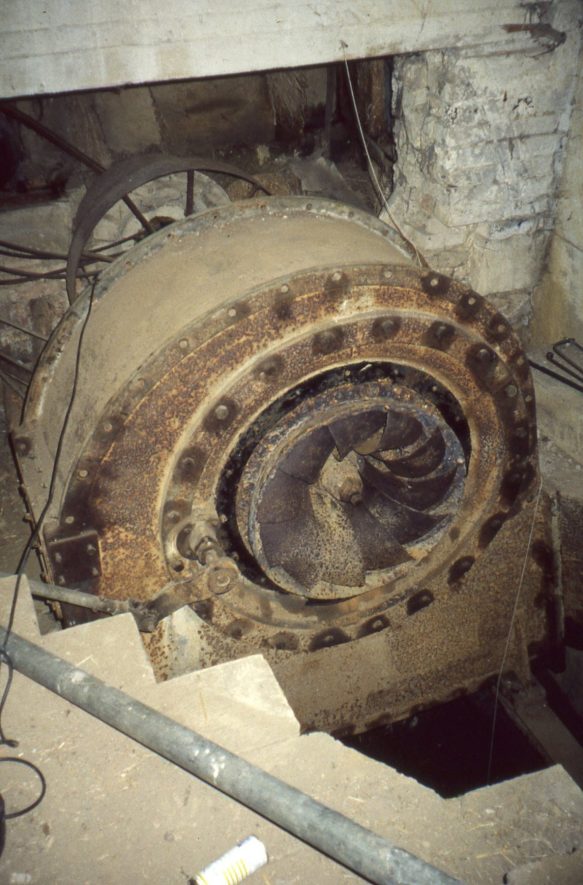 The turbine at Burmington Mill, 1998, after removal of the 'elbow' and showing the rotor. The mill originally had two waterwheels and later two turbines. In 1998, the surviving turbine, which had been used to generate electricity, was removed for use at Harvington Mill on the River Avon in Worcestershire.
Image courtesy of Tim Booth
Locations
Burmington (37)
Subjects
Industrial Buildings including Mills (General) (398)