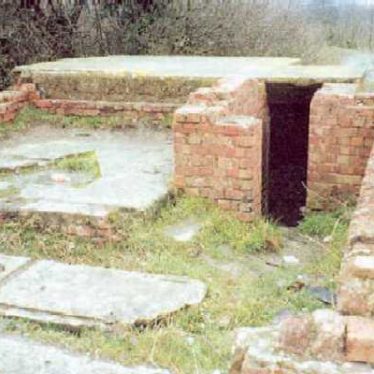 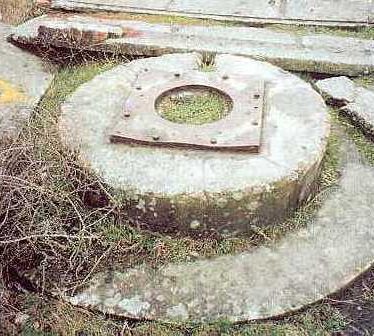 The fixing for a gun at a Second World War gun emplacement at Newbold Quarry Park, Rugby
A Armishaw 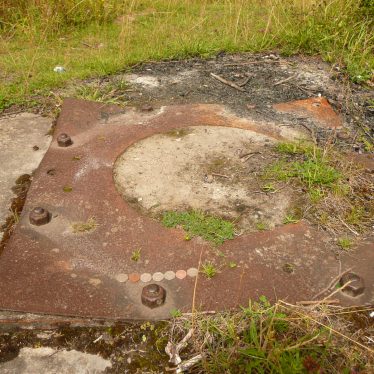 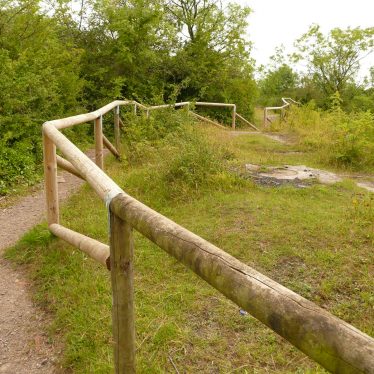 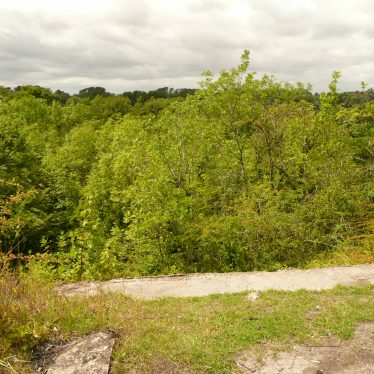 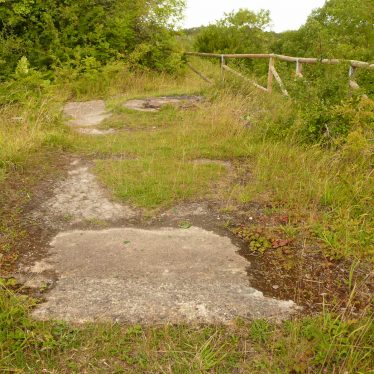 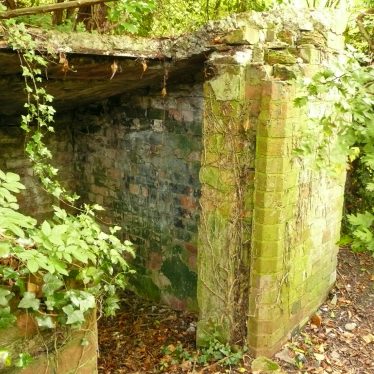 View of building at base of path to site possibly related to it.
William Arnold
Description of this historic site

The site of a Second World War gun emplacement comprising a circular concrete holdfort for a Bofors gun. It was sited in Newbold Quarry Park, Rugby.

1 Circular concrete holdfort sited in a small area of ridge and furrow between Johnson Avenue and allotments north of Bilton Road, Rugby. The emplacement has ammunition lockers to the west, south and east sides. South of this is a square predictor emplacement with a triangluar recess in the concrete floor and a semi-sunk shelter. The overall layout has been adapted from the standard to fit the narrow site. During 1999 and 2000 most of the site has been destroyed. This site is identified as GG site on the total armament list of 1940.
2 This site was one of 8 Bofors sites and 11 Lewis gun sites built in a ring to defend the vulnerable railway junction and important factories.
3 Earlier version of 1 with slightly more detail. Bofors guns were 40mm.