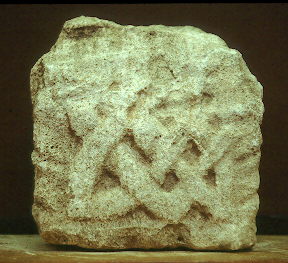 Findspot - a fragment of an Anglo Saxon cross shaft, of Early Medieval date, was found at Park House, Whitchurch.

1 During a survey of the parish of Whitchurch a section of Anglo-Saxon cross shaft (or arm) of possible 10th or 11th century date was discovered in the flower bed of Park House, Whitchurch. A second Anglo-Saxon carved stone is set into the nave wall of the church (WA 1407). These finds together with the name Whitchurch (white church) and the presence of a priest in 1086 suggest the existence of a stone church of pre-Conquest origin. However, both of the carved stone fragments may have been moved some distance from their original situation.
2 A second decorated Anglo-Saxon oolitic limeston block was recovered during observation in 2004.

Linkedin
More from Whitchurch
More from Objects and Finds