You are here: Home>Locations>Wishaw>Golf at The Belfry: Early History

Golf at The Belfry: Early History 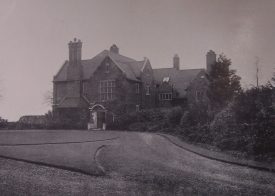 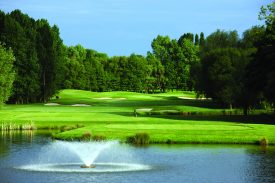 The hotel we now know as The Belfry originated in the thirteenth century, when it was known as Moxhull Hall or Manor, when it had been a manor of the Knights Templar until they were expelled from England in 1277.

In 1959, it was sold to Mr. Jimmy Burns for the grand sum of £18,500. He extended what had been a family house into a hotel with 59 rooms, which became a popular centre for wedding receptions and live performances by the like of The Moody Blues, Led Zeppelin and Status Quo. The ownership of the hotel changed a few times, but in 1974 it was in the hands of the shipping company Ellerman Lines, which bought adjoining land and eventually permission was granted for two golf courses. Peter Alliss and Dave Thomas probably weren’t too impressed when they first saw these 15 potato fields at Sutton Coldfield, but set to work and designed the Brabazon and Derby courses, with work starting on construction in December 1974, alongside a refurbishment of the hotel. The courses were named after Lord Brabazon of Tara and the Earl of Derby, both previous Captains of the PGA.

At the time, the PGA had its headquarters in confined offices at the back of the main stand at the Kennington Oval, but over lunch one day, Peter Alliss told Colin Snape about the Belfry and the eventual decision to move to new offices there was initiated. The PGA didn’t have the funds for the new offices, but Ellerman Lines had set up the company The Belfry (Sutton Coldfield) Ltd which built the new offices as part of a deal with the PGA to hold two Ryder Cup tournaments within ten years.

The PGA moves into its new home

In 1977, the PGA moved into its new home at The Belfry with a 99-year lease and the Brabazon course was opened with a challenge match: Seve Ballesteros and Johnny Miller versus Tony Jacklin and Brian Barnes.

The first official tournament on the Brabazon course was the Hennessy Cup, a match between Great Britain and the Continent of Europe. This was played in September 1978 and Seve Ballesteros well and truly put the course on the map, with his feat at the tenth hole. The Spaniard watched as Nick Faldo hit an iron into the perfect position from which to pitch over the water onto the green. Ballesteros reached for his driver and launched the ball into orbit. It was an imperious blow, for the ball soared and carried the trees strategically placed to stop such a shot before finishing eight feet from the hole.

The hole then measured 310 yards, and a plaque marks Ballesteros’s achievement and remains as evidence of the moment when The Belfry was truly born.

This article was compiled from material on The Belfry website, with thanks to Jade Rathbone at The Belfry, who provided most of the photos and permission to use the text.