You are here: Home>Locations>Dunchurch>Dunchurch Stocks and Weighing House

A 1900s trip down the river Avon revisited, part eight 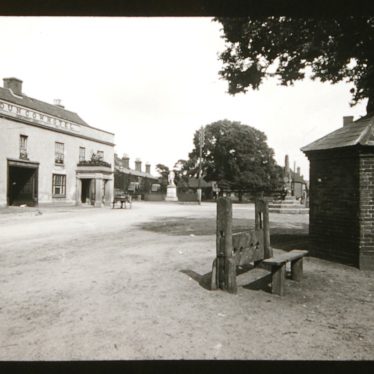 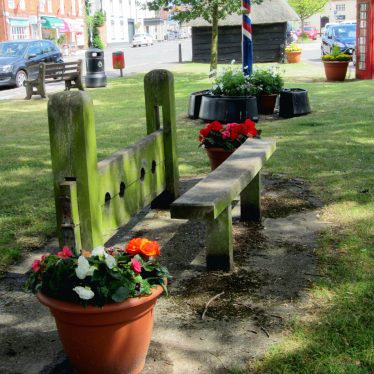 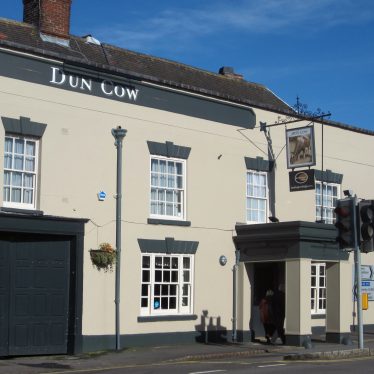 Continuing our diversion from the river Avon: the stocks in Dunchurch still survive, though I think they must have been moved because it proved impossible to take a photo similar to the old one. There’s a maypole on the green now, which is used each year. The Dun Cow is still a flourishing pub, though no longer a coaching inn. The statue of Lord John Scott is dressed up in December each year in the costume of a currently famous character: this year (2015) it is a Stormtrooper from the latest Star Wars film.

The weighing house shown in the original photo provided a base for the man checking the weight of vehicles on a nearby plate in the road; it has since disappeared. (The building in the middle distance of the modern photograph is a thatched bus shelter.)