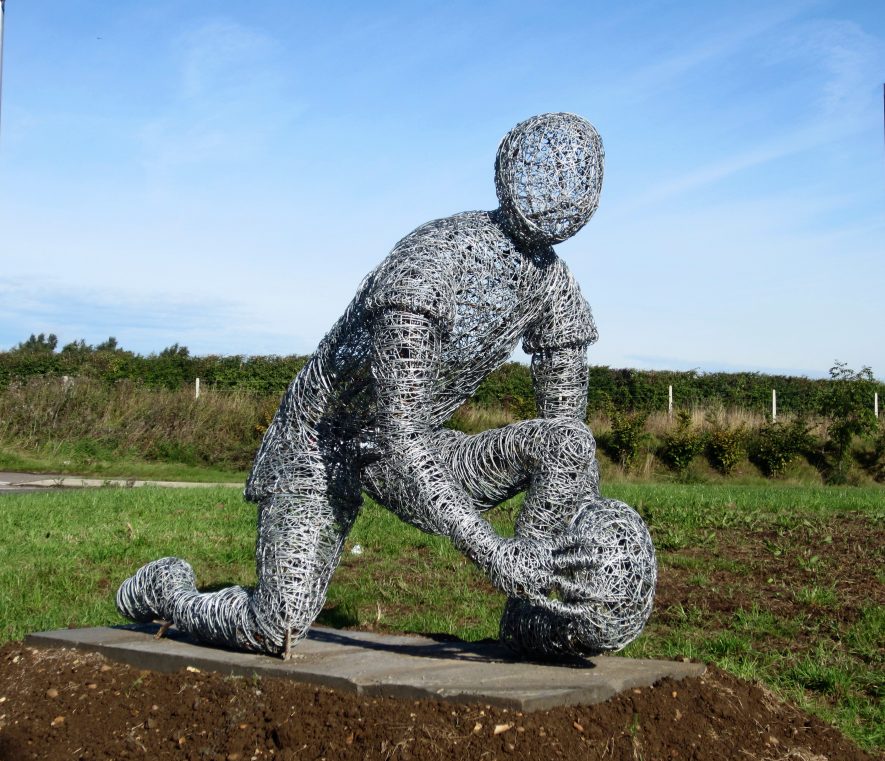 Rugby town has a long-standing tradition of wire sculptures (the donkeys in a field beside the B4112 north of the town are a much-loved addition to the local scene). As part of the local celebrations to mark the 2015 Rugby World Cup this figure of a rugby player placing a ball for a kick at goal has appeared on a roundabout on the A4071 south-west of the town.

I don’t suppose it will be there as long as the statue of William Webb Ellis outside Rugby School in the centre of town, but it makes an interesting feature. There is also an exhibition in the local central library, including a cast for the Webb Ellis statue.

Can anyone tell us the name of the sculptor?