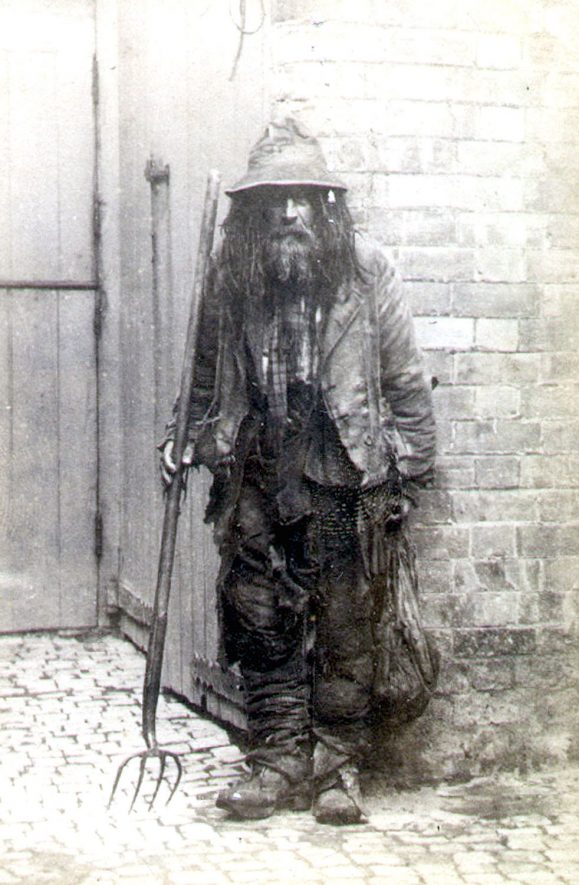 Joseph Underhill, alias "the Pailton miser" who died in 1891. For many years he occupied a pigsty , about five foot square and earned a living by acting as a drover. No one ventured near to his abode or himself with his long matted hair and tattered garments. Efforts to try to change his lifestyle went unheeded and he was found suffering from bronchitis which he subsequently died from. 1880s
IMAGE LOCATION: (Warwickshire County Record Office) PEOPLE IN PHOTO: Underwood, Samuel, Underwood as a surname
Reference: PH, 352/105/27, img: 6449
Map marker in the right place? If not, please correct the map.
Locations
Pailton (57)
Subjects
Clothes (207)
Clothes - General (203)
Date